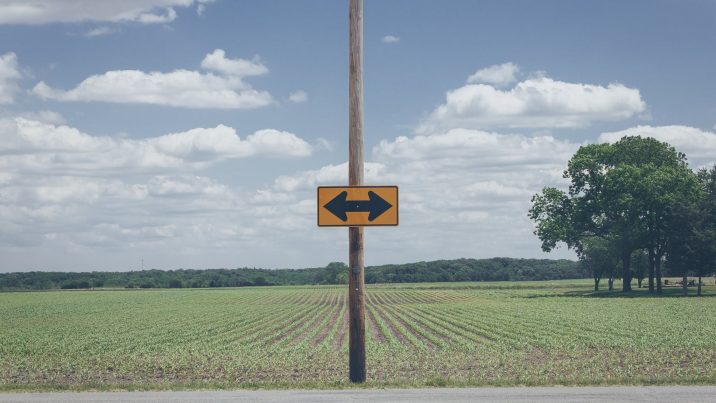 The first time I shot 180-degree 3D video, or VR180, I was surprised by how much I missed the ability to frame what I was shooting, to choose what the viewer pays attention to. It’s a luxury those of us shooting 360-degree video don’t often get.

Instead, we have to find new ways to direct attention and make sure the user can follow the story (if they want to). Here are a nine ideas on how to direct the viewer’s attention in 360 video.

The first step to directing attention effectively in 360 video happens during the storyboarding stage. I applied many different storyboarding strategies before I landed on one that worked best to suit this end (read about all those here).

What I ultimately landed on was to outline what I hoped they were looking at, but also think about what the storyline might be like if they look in a second, third, or even fourth direction. What will they see? What story will they be following? Will it be a story at all? Is there anything I could do to make the story easier to follow, should they get off track in these handful of ways I anticipate they could?

If trying to plan for three different contingencies is too much for you, at the very least I recommend following this strategy shared by Jessica Brillhart.

It all this sounds like a lot of effort, and that’s because it is. You can learn how I do this, step by step, in the storyboarding chapter of this series, available here.

You can also use motion to try to drive the viewer in the direction you want them. For example, if a person is moving across the scene, the viewer will likely follow their motion once they set eyes on that person. Same goes for objects, cars, etc.

This is one way to encourage viewers to look around a space, without missing out on the main storyline.

Audio is a natural cue we use in the real world to know what to pay attention to, and it’s a cue that translates well to immersive environments, if applied correctly. If a viewer hears something happening behind them, they will most likely turn to look at what is making that noiseUndesirable variations of brightness and/or color in an image that typically occur when recording at high ISOs in digita... More.

Spatial audio may be a bit beyond your workflow at the moment, however it’s good to know that it’s a possibility that most cameras are capturing (to a small extent) that you have at your disposal. And the post production required for spatial audio will only get simpler with time.

Already, some of the biggest names in software are working toward streamlined spatial audio tools (but that’s all I can say about that 😉 )

Although it’s difficult to light 360 video effectively, lighting can be used to help viewers identify what to pay attention to, whether that’s a spotlight on the main character, a subtle vignette, or something else entirely.

In the early days, there were plenty of immersive experiences that were shared with arrows pointing in the direction of what a viewer should look at. Although there are certainly subtler, more creative and more immersive ways to do this, graphics can help guide the viewer’s attention. And they don’t need to be arrows!

You could place titles, text, lower thirds, informational graphics, artwork, etc. where you want the viewer to look. If their pass this as they look around the sphere, it tends to stand out.

Social cuesA trigger for a action or line of dialogue.

Like spatial audio, social cuesA trigger for a action or line of dialogue. can also be a natural way to guide the viewer’s attention. For example, if the character is looking at the camera (i.e. the viewer), they will most likely meet that eye contact and maintain that direction of focus.

Alternatively, if they are looking in any given direction, the viewer will likely instinctively look in that direction, too, to see what he or she is looking at.

Perhaps the most natural way to guide viewers at all is to make it seem like you’re doing nothing of the sort. This is made possible through a tool available through Liquid Cinema called forced perspective.

Using this tool, you can upload your final 360 video and project file to Liquid Cinema and then choose where the audience should be looking at the start of each new shot.

Forced perspective makes it so that the center point you select at the start of each shot will always be the first thing the viewer sees, regardless of what direction they were looking at the end of the previous shot.

When I talked to Liquid Cinema’s Thomas Wallner at IBC in Amsterdam earlier this fall, he told me about how he used this tool in a 360 experience he produced and that an early viewer complimented him on anticipating where they would be looking so well. The key here is that you don’t have to anticipate! Nifty, huh? I think so.

Liquid Cinema is also developing a tool they call conditional forced perspective where you can also choose to force a viewer to look in one direction or another during the same shot. For example, if you have a shot where three people are sitting around the camera having a conversation, you can make it so that when a person outside of the viewer’s field of viewThe angle of space viewable from a given lens position. begins speaking, they will automatically cut to look in that direction.

Surprisingly, it isn’t as jarring as it might sound! Perhaps it will become a thing, once fully launched, perhaps it won’t. But it’s important to remember that every rule we talk about today is up for debate, trial and error, and debunking. It’s worth a shot to test it out.

The last method to direct viewer’s attention during a 360 video is to do the exact opposite. Allow the viewer to enjoy the freedom they get with a 360 video as a benefit against traditional video.

In this way, each person who watches the video is likely to have a unique experience and people who watch the video multiple times will spot new things each time (whether or not they engage with it enough to want to watch it multiple times is up to you 😉 )