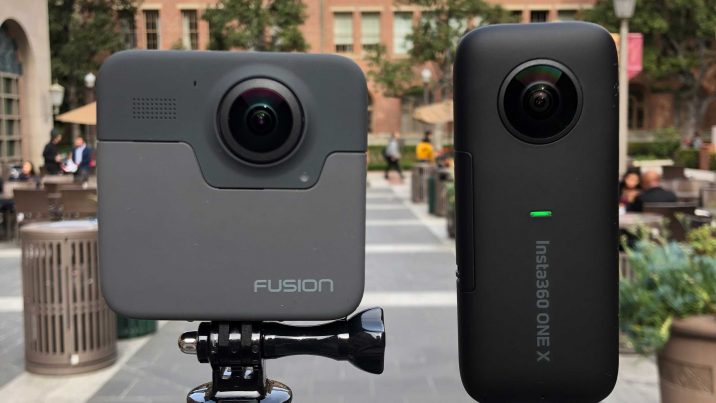 The first choice you’ll need to make when starting to shoot 360 video is to decide what 360 camera you plan to use. There are plenty of options to consider, and each has its benefits.

You’ll have to consider your budget, whether or not you need a camera that shoots 3D (AKA: stereoscopicVideo shot with two parallel cameras (or in the case of 360° video, multiple pairs of parallel cameras) Commonly referr... More) or 2D (AKA: flat or monoscopic) video, the resolutionThe number of pixels in an image, typically presented as a ratio of the total pixels on x axis to the total pixels on th... More/quality required, and the workflow the camera requires.

Here are my top three choices, as of October 2018. 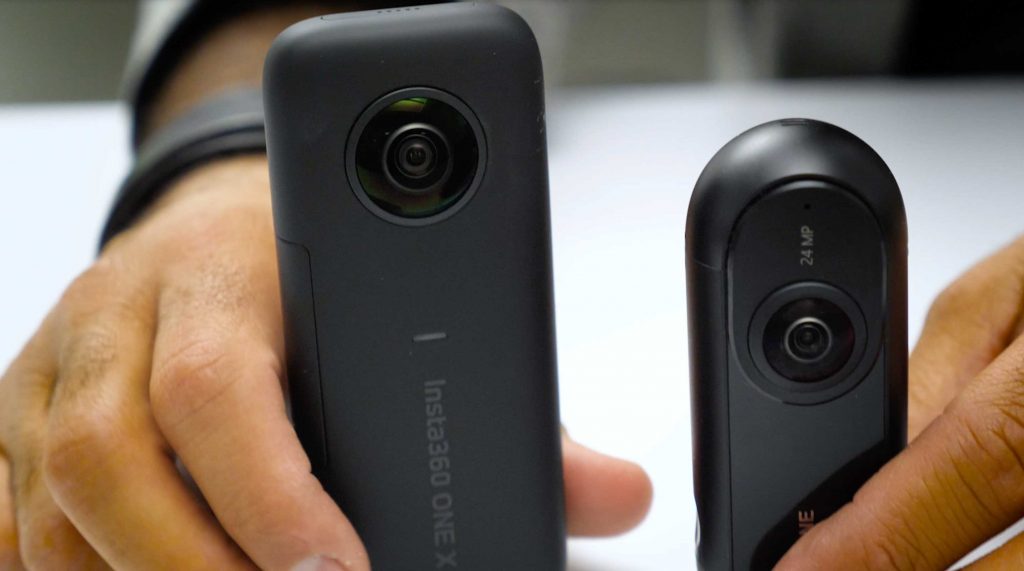 The new Insta360 One X is perhaps the best affordable option at $400.

Bottom line: This camera is ideal for beginners who are on a budget and plan to use the camera for traditional, monoscopic, fixed frame video to share on social media, in addition to shooting 360 video.

Here is a sample from the video (make sure you’re watching at the highest available resolutionThe number of pixels in an image, typically presented as a ratio of the total pixels on x axis to the total pixels on th... More; click the settings icon in the YouTube player to change this): 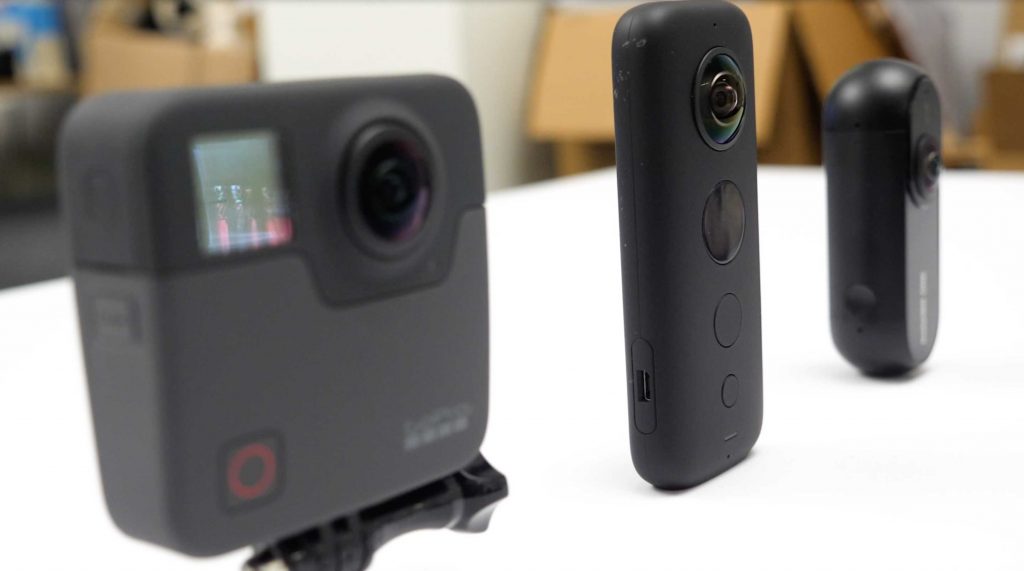 My personal favorite 360 camera is the GoPro Fusion, which costs $600.

Bottom line: This camera is ideal for a beginner who knows they want the best quality they can get at a good price, in a simple, straightforward workflow. 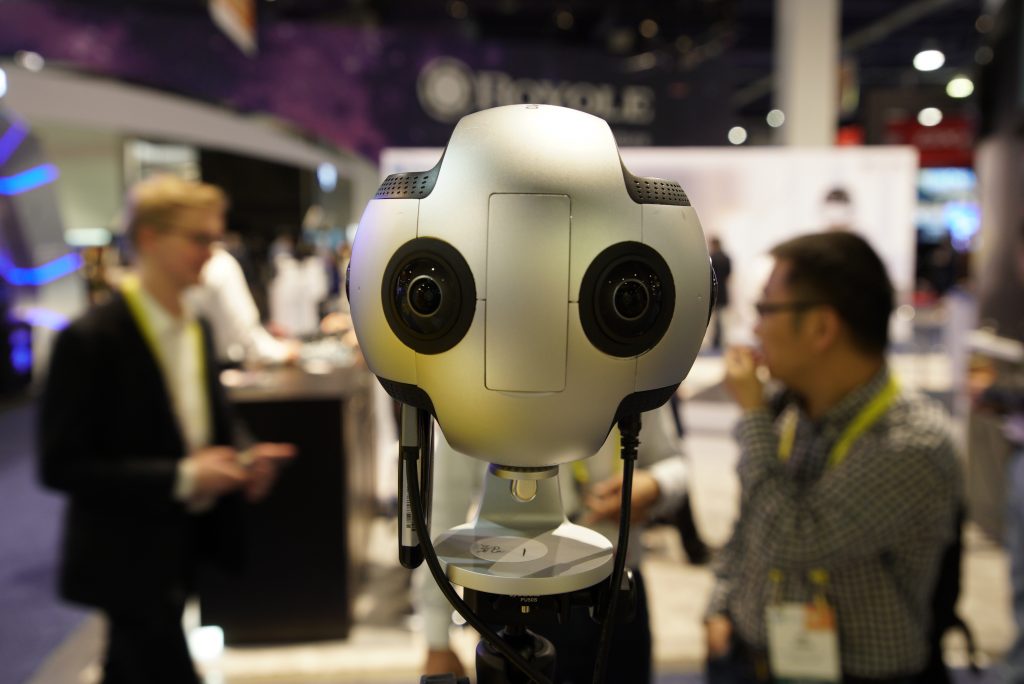 If you’re craving a higher-quality image, especially one with 3D capabilities, you may consider the Insta360 Pro. It costs quite a lot more than the other cameras listed on here ($3200), but it does offer a number of benefits, particularly when it comes to stitching and workflow.

Bottom line: If you have a higher budget and are looking for more robust post processing capabilities, the Insta360 Pro is a great option 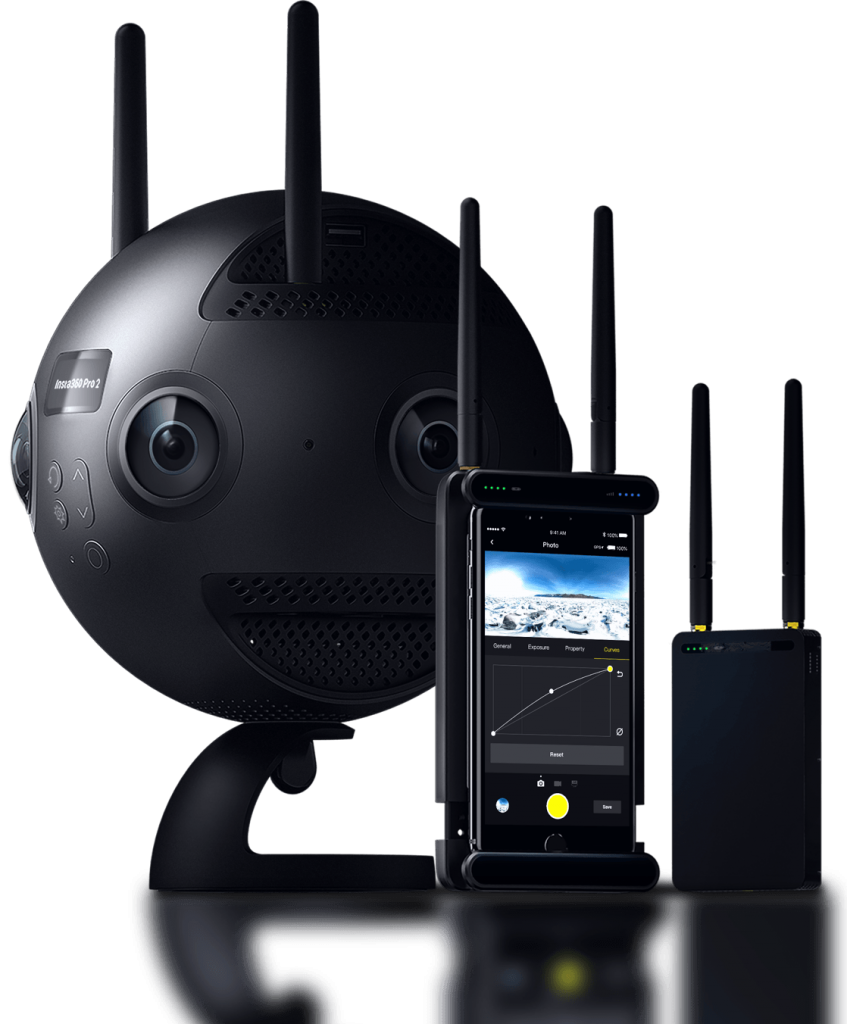 All three of the options above are also capable of live streaming 360 video and can also, of course, capture 360-degree images.

There are also plenty of options beyond these three, from the 4K-capable $80 original Samsung Gear 360 camera, to the 3D 360-shooting Vuze lineup of cameras, and even VR180 cameras that offer some immersion without the pain of stitching.

An important note: 4K 360-degree cameras will not leave you with footage that looks nearly as good as the 4K fixed frame video you’re used to. That’s because those 4,000 pixels are spread around the entire sphere in a 360 shot, versus only a small frame with a traditional video. Learn all about this in our 360 Video Resolution Explained article.

The right choice will depend on your budget and use cases, but this list is a good start for most beginners.