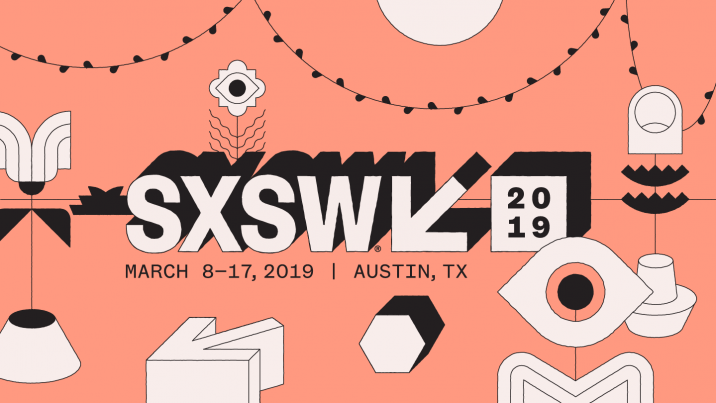 Adobe’s Director of Immersive Chris Bobotis outlines the emerging trends in immersive media he’s been seeing so far in 2019.

From the snow-packed slopes of Sundance to the Texas heat of SXSW, VR is already having a big year. Interactive mysteries, VR narrative films, and documentary-style exhibits exploded out of Sundance’s New Frontier VR category, and now, it’s SXSW’s chance to create an enormous moment around immersive technology that inspires and connects our industry.

And it seems that the festival, a long time bastion for creative innovation that mints cultural currency, is up to the task. SXSW is embracing the expanding conversation between storytelling and tech through its VR/MR/AR panel discussions, screenings and exhibitions. And, incredible immersive theorists and filmmakers including Nonny de la Peña (bringing her Border Stories experience) and Jessica Brillhart, formerly the Principal Filmmaker for VR at Google and a keynote speaker this year, will be on the ground to help illuminate a path forward.

But, is there one path? VR activations and location-based experiences, larger than life VR films, and intimate, documentary style experiences are all creating space in the immersive landscape, and there’s more than enough room for even more experimentation. At the same time, a core question continues to underscore everything: how do we bring immersive experiences to global audiences and empower even more creators, artists and filmmakers to execute their creative ideas in the immersive medium on a mass scale?

We can look to a few trends at the festival to guide us in the right direction.

VR Preps for the Mainstream

Hollywood hasn’t yet figured out how to crack VR. The limitations of current distribution methods put a damper on adoption, and there is a sentiment that VR needs a true “blockbuster” to break through.

But, as we see through the SXSW’s VR slateA card or device positioned in front of the camera at the beginning of each shot to document all relevant shot informati... More, we’re seeing an increasing number of notable content producers from traditional formats tell larger than life stories in immersive. Notable names like Jon Favreau and Neill Blomkamp, both featured at the festival this year, are throwing their creative weight behind VR content experiences, and traditional multinational media companies like Comcast-NBCUniversal are stepping in (they’re behind the new Eleven Eleven experience debuting at the festival).

And, organizations like Kaleidoscope, who are showcasing a handful of immersive projects they’ve backed this year, help corral supporters, ideas, and artists to achieve impactful results. And, two of the most buzzy immersive experiences with notable Hollywood co-signers, SPHERES, starring Jessica Chastain and executive produced by Darren Aronofsky, and the VR animation experience BATTLESCAR, starring Rosario Dawson, were both backed by Kaleidoscope.

The other side of the VR filmmaking coin is the emergence of a new class of independent VR filmmakers. These creators are developing narrative-driven experiences that forefront underrepresented voices as well as documentary style explorations into issues like climate change and war. 4 Feet: Blind Date invites audiences on a day in the life of Juana, an 18 year old young woman in a wheelchair who embarks on the most daring adventure of all: a blind date.

We see this in projects like Metro Veinte: Cita Ciega (4 Feet: Blind Date), which invites audiences on a day in the life of Juana, an 18 year old young woman in a wheelchair who embarks on the most daring adventure of all: a blind date. Home After War, from the Oculus VR for Good Creators Lab program, takes participants into the home of Fallujah resident Ahmaied Hamad Khalaf to learn the realities of the aftermath of conflict.

Higher-end experiences that are highly interactive or graphics-driven experiences can be cost prohibitive and technically challenging for filmmakers who might come from a more traditional film background, but want to dip a toe into immersive media. This has created a void in the middle market that we’re now seeing fill up because of the ecosystems that 360 and VR180 offer.

VR180 is attractive to these filmmakers because everything about the VR180 format, from the perspective and the editing workflow, more closely mirrors 2D video than 360. And, more education and engagement with filmmakers will drive it forward in the market even more. Outside the bounds of SXSW, programs like VRScout’s Creator Lab are giving emerging creators a supportive platform for experimentation in VR180, training a new class of creative explorers to see their future in immersive media. And Adobe is putting the right tools in the hands of creators with the first and only complete video editing workflow for VR180 content.

In fact, Eric Cheng, Director of Immersive Media at Facebook, and I discussed these themes and more with Christina Heller, CEO MetaStage, in our “crystal ball” SXSW panel discussion, Immersive Tech: Hold On, Things Are Getting Real. Immersive Expands into the Real World

Immersive entertainment is on an incredible tipping point. Advancements in technology are now making it possible for humans to enter into and interact in immersive spaces together. And, by blending physical props and other real-world elements into their immersive worlds, we can expand the medium even further.

We can expect that SXSW’s VR visionaries will advocate for a future where VR is a shared and communal activity, breaking from the mainstream misconception that VR is only done solo.

So, are shared VR experiences between friends and family that are tied to physical locations, whether in malls, museums, or theme parks, compelling enough to entice VR novices to put on a headset and strap in? A growing class of VR companies and investors are saying yes, and are backing the idea that audiences can more fully experience the phenomenological properties of VR in dedicated, out-of-home physical spaces. The expectation is that the strong connections and memories that spring from these experiences will motivate audiences to seek out more VR and potentially adopt in-home ecosystems.

Panel discussions like “Beyond Reality: Immersive Virtual Experiences” and “Coming to a Theater Near You: Location-Based VR” will dive deep into these new developments.

VR has jumped leaps and bounds in the past year, and peering into the SXSW looking glass shows that even more excitement is on the way. 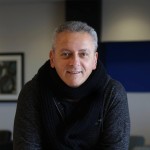 Chris Bobotis is the Director of Immersive at Adobe. Prior to working for Adobe, Chris co-founded Mettle, which has created 360/VR software for the Adobe ecosystem that has been widely adopted by leading companies world-wide, such as The New York Times, Time, CNN, HBO, Google, youtube, Discovery VR, DreamWorks TV, National Geographic, USA Today, LinkedIn, The Ellen Show, BuzzFeed, Conan 360, Framestore, Google, Jaunt VR, CARE, RYOT, Huffington Post, Washington Post, Apple, and Facebook. At Adobe, Chris is leading the effort to integrate Mettle SkyBox Suite into Adobe Creative Cloud and is working with a team to develop more foundation-level tools in immersive technologies.

See all posts by Chris