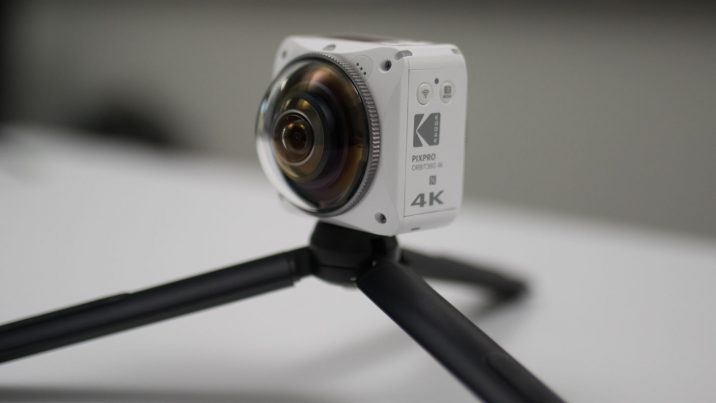 This week at CES 2018 in Las Vegas, Kodak announced two new 360-degree cameras, including one 8K professional camera and a foldable 4K 360 or 3D camera.

The small 8K camera features three lenses is tentatively called the 360 Pro, is projected to cost around $1500 and is expected to launch in Q3 or Q4 of 2018, according to 360 Rumors blogger Mic Ty.

The second new camera is a foldable camera that, when folded up, looks similar to a Kodak PixPro Orbit 360 camera, with one lens on each site. When unfolded, the camera more closely resembles a 180-degree 3D cameras, like the LucidCam. Mic said it’s expected to retail for around $500, and there’s no timeline for its release.

So far, that’s all we know about the new cameras (head to Mic’s post for photos!).

These announcements come less than a year after the release of Kodak’s Orbit 360 camera. The 4K consumer-level 360 camera came after the success of Kodak’s dual PixPro camera setup for 360 video, but didn’t quite meet the industry’s expectations.

Kodak also announced an underwater case for the Orbit360, now available on Kodak’s website for $119.