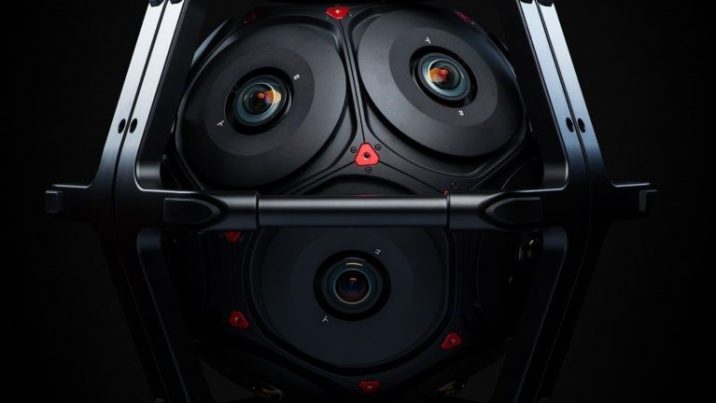 Manifold was announced at Oculus Connect 5 on September 26, 2018.

At Facebook’s F8 conference earlier this year, the company announced that it had partnered with RED Digital Cinema to develop a 360-degree video camera that could capture content with six degrees of freedomThe ability to move left-right, up-down, and forward-backward (in addition to being able to rotate around the x, y, and ... More, enabling viewers to physically move within the video to a certain extent.

At Oculus Connect 5 this week, we finally caught a glimpse of this high-end camera, known as Manifold, which can capture 8K immersive video content at 60 fps in raw format.

The camera features 16 RED Helium 8K sensors, each paired with a custom Schneider 180-degree, 8mm fish eye lens with an aperture of F/4.0.

Here’s a closer look at the camera and its specs:

According to Facebook’s blog post, “Manifold captures multiple camera angles simultaneously from within a given volume, enabling infinite perspectives to be generated from any direction within a field of viewThe angle of space viewable from a given lens position.. …Facebook’s industry-leading depth estimation technology captures 3D information from any scene—like characters, props, and everyday backgrounds—resulting in high-quality video bursting with enhanced volumetric detail and movement.”

The camera offers 4x overlap of any given view from the camera–7x in most places, according to Facebook’s Brian Cabral.

Here’s a short sample of what Manifold will enable creators to do:

Manifold will be powered, controlled and transfer data through a single SMPTE 304M cable, with the camera control unit and storage device located up to 100 meters from the camera. It can be controlled via a web app so creators will be able to use whatever device of their choosing.

It also has five 12g SDI outputs for monitoring and third-party stitch processing. Included with the camera will be an SDK for post processing.

Accessories for the camera include attachable front-of-lens neutral density filters and quick release handlesExtra footage before the beginning and/or after the ending of the used portion of a shot. for easy setupA camera position for a given scene. You might shoot more than one shot from a single set-up (wide shot and close-up).. 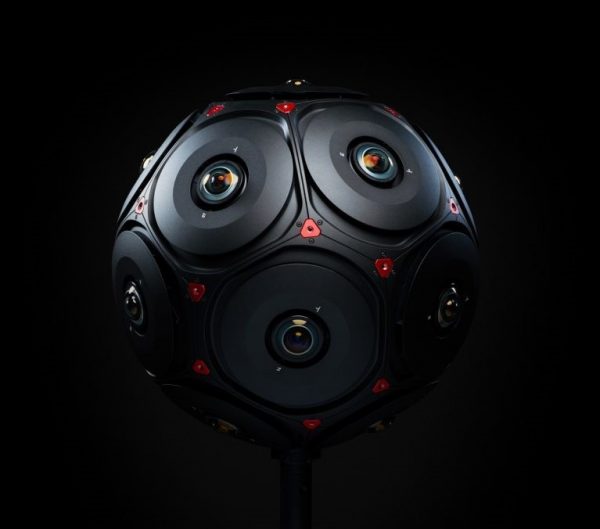 Every red dot you can see on the camera can be used to attach other accessories, as well.

Facebook has also worked with post-production companies so creators will use Otoy for depth estimation; Adobe Premiere and After Effects, CaraVR, Nuke, Foundry, and Otoy for post processing and editing; and can output to Facebook and Oculus.

The cost or release date of the Manifold has yet to be announced, but we can bet it will be pretty pricey with all those high-end components. Stay tuned for more information.