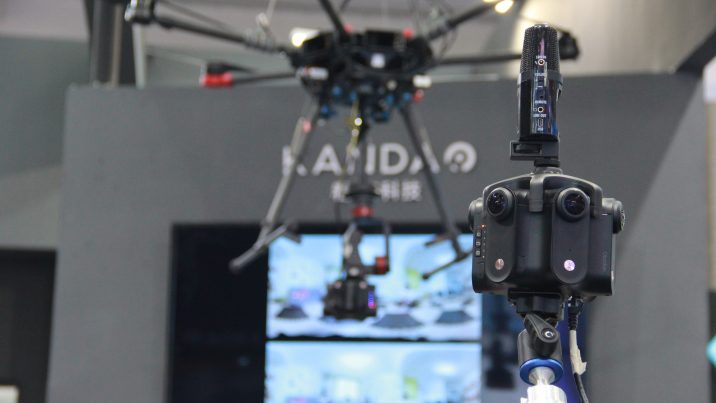 The company first announced the ability to live stream with its Obsidian R and S cameras in November of 2017, at a resolutionThe number of pixels in an image, typically presented as a ratio of the total pixels on x axis to the total pixels on th... More of 4K for both 2D and 3D content.

“Streaming 8K VR video also demands higher bandwidth, so we think 5G is an important development in this regard,” said Dan Chen, Kandao’s Founder and CEO. “But before 5G actually arrives, to optimize the processing system is fundamental to make us ready for this new technology.”

By optimizing its decoding, stitching and encoding pipeline, Kandao has made it possible for a local PC to handle the entire workload in real time for resolutions up to 8K for both 2D and 2D 360 video. These improvements will also be integrated into Kandao Studio, used for stitching recorded 360 content, to boost the software’s speed and depth mapDigital data representing the distance of the objects in the scene from the camera. generation. 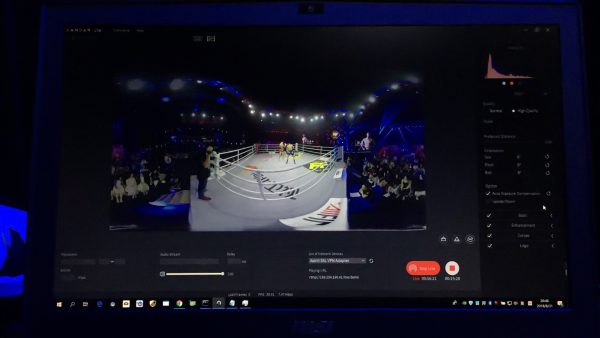 Although 8K 3D 360 sounds promising, most VR headsets and mobile devices can only support up to 4K decoding. To takeIndividual instance of a shot; a take = each time the camera is started and stopped. advantage of the full 8K live streaming experience, Kandao has partnered with Chinese television manufacturer Skyworth on a new VR headset upon which 8K content can be streamed.

With this, the stitched 8K videos processed by Kandao Live can be streamed to TV broadcasting systems via SDI, or be transmitted on local network to the head-mounted VR display, to play the live videos at the full 8K quality, according to Kandao’s press release.

“We are delighted to see the rapid development of 8K technology this year,” Chen said. “At the beginning of 2018, I did not think that it is possible to decode 8K directly on a headset this year, neither we can transmit the whole 68.4 Mega pixels video stream from our camera over 5G network this year. Yet things are happening way faster than we expected.”

Kandao will be showcasing this new feature at IBC in Amsterdam later this week.