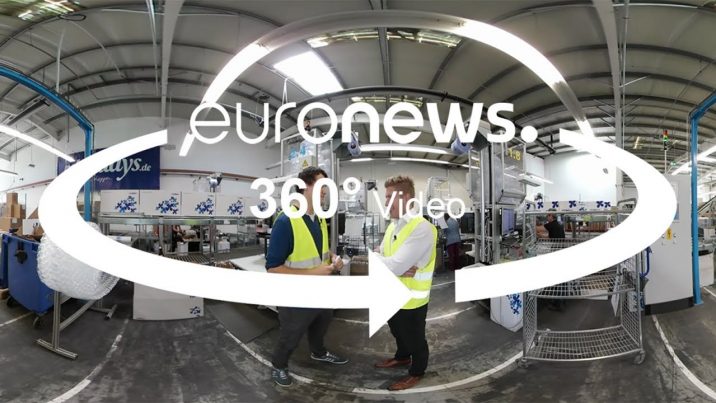 When it comes to immersive video, it isn’t always easy to share the experience with a friend. It’s either one-person-per-headset or crammed around a computer or smartphone.

However, that doesn’t mean there aren’t companies and media organizations out there trying to bring 360 to TVs.

For example, EW Scripps is finding its own way to incorporate 360 videos into traditional news broadcasts. The Ricoh Theta V’s first plug-in offers wireless playback to broadcast content onto TV or other monitors while using the Theta as remote control. And in May, Google announced 360 video support for the YouTube TV app.

And now, euronews will be bringing its 360 content to our smart TV screens through a partnership with 360 TV platform provider The Dream VR.

To navigate 360 videos, smart TV owners will just tap the arrow buttons on their remote controls.

Euronews is one of more than 150 channels to partner with The Dream VR, including content from Disney, Sony, Universal and Univision, among others. Part of the partnership between euronews and The Dream VR is the monetization of euronews’ 360 video content via display advertising.

“Reaching new audience is the euronews immersive journalism team’s aim in 2018,” said euronews VR and immersive journalism editor, Thomas Seymat. “We are very pleased to benefit from the innovative and exclusive worldwide solution from The Dream VR to allow smart TV viewers to live a unique experience of international and European news.”

“[We are] extremely glad to be able to have euronews as a partner, the latter being the biggest news player in Europe, with growing potential and influence around the world thanks to their recent partnership with NBC News,” said The Dream VR CEO Albert Palay.

Content from euronews is already available on the outlet’s dedicated channel on  The Dream VR app. New immersive content will be added as its produced.