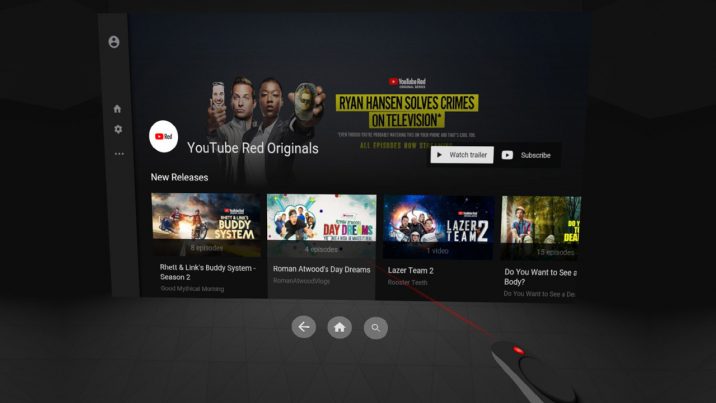 There’s a lot of great VR content out there, but finding and watching it on whichever headset(s) you own hasn’t been easy.

But, it’s becoming a whole lot easier. Today, YouTube has released an Early Access version of its YouTube VR app on Steam. That means HTC Vive users will now be able to watch any video on YouTube–360 mono or stereo, as well as flat videos–in their headsets.

PlayStation VR was the first tethered headset to have an official YouTube app, but (I imagine) that Windows MR will also gain access to the YouTube VR app with this announcement. Windows MR beta access to SteamVR opened up Nov. 15.

But, a beta app within a beta platform? Yikes. HTC Vive users are already reporting reporting plenty of bugs with the Early Access YouTube VR app.

However, the app will continue to be updated and upgraded throughout 2018 with improved controls and features.

Regardless of bugs and glitches, it’s definitely a step in the right direction!