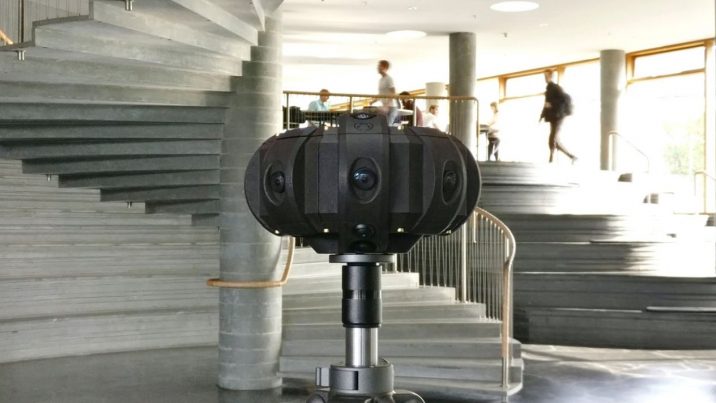 There may soon be a new professional VR camera on the market: Thor, from Copenhagen-based Absolute Zero.

The system has 12 synced lenses–eight oriented horizontally in a circle, with two up and two down–and 12 1/3 CMOS rolling shutter sensors and four directional microphones for spatial audio capture.

The minimum shooting distance from the camera is roughly 20 inches (50 cm).

The camera can be controlled via the Absolute Zero app, which can be used to adjust settings, including white balance, exposureThe measurement of the brightness and range (latitude) of light being captured by the camera. Exposure is governed by ca... More, EV stopsƒ-stops are the measurement of, and mechanism for controlling how much light is let through the lens to reach a camera ... More, ISO, WB and AE lock, sharpness and more. The app can also be used to preview and review footage, and begin and end recording. 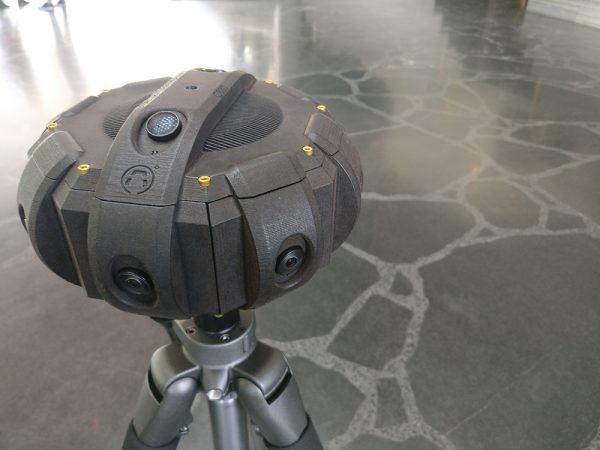 Although current photos of the camera show it housed in a 3D-printed case, Absolute Zero representatives have said the final version will be housed in injection-molded cases. It weighs 3.3 pounds (1.5 kg) and is 8.6 inches (22 cm) in diameter and 4.7 inches (12 cm) tall. There’s also a 1/4-inch mount both on the top and bottom of the camera.

Its files–unfortunately only MP4 and JPG–are captured to a removable Sata SSD drive.

The camera’s removable battery lasts for 1.5 continuous, 10 hours on standby, or 4 hours in timelapse mode, and can be charged while recording.

Currently, Absolute Zero is offering a 30 percent discount–€2,100 before VAT–to 25 customers willing to be part of the company’s A-tester program, which also includes tutorials and 1:1 support.