The update is major overhaul in a number of ways, including changing up the headset’s ‘Home’ and adding ‘Dash’,  to run traditional desktop apps in VR. Meaning, while watching VR content or playing a game, users can access Spotify, chat with friends or look at documents. 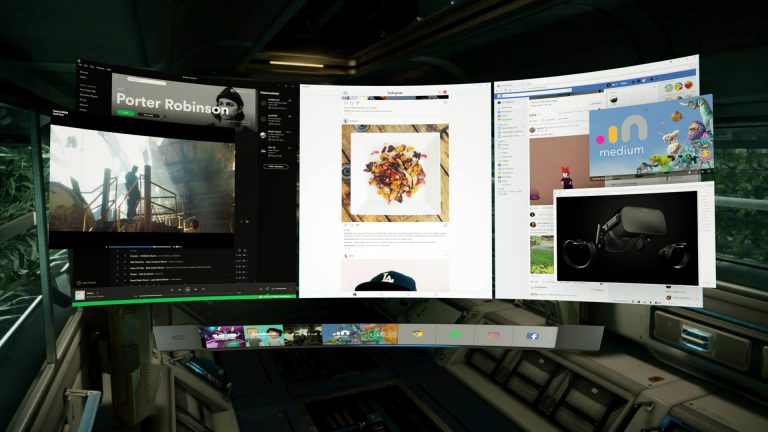 Updates to ‘Home’–the space you sit in after you’ve popped on the headset, but before selecting an experience–include the ability to personalize Oculus Home and invite friends to come hang out in your virtual “home”. And, instead of a pop-up interface of content, your avatar will actually pop cartridges into a retro console.

The update also includes an update to its desktop app to make it easier to discover new content and connect with friends. The updated UI includes: