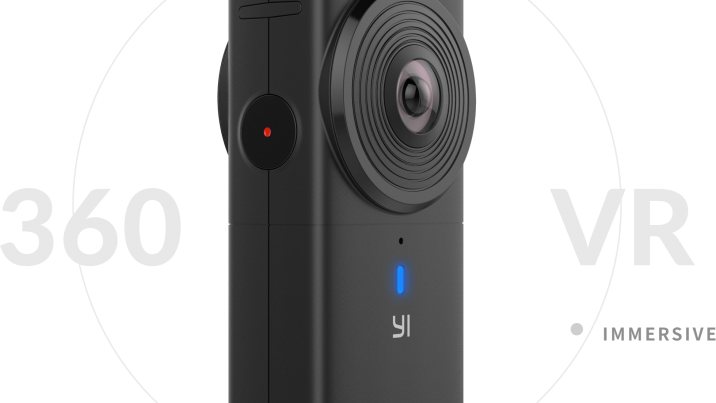 The much-anticipated YI 360 VR camera is officially available for purchase in the U.S. for $399.

The camera can capture 5.7K video and photos (stitched with a desktop stitching software) and 4K internally stitched videos and photos, as well as 4K livestreams.

It was announced at NAB in April with an initial shipping date in June that was later pushed back to September. Now, the camera is finally shipping with much-improved stitching, compared to initial samples from the camera, so the wait might be worth it.

The YI 360 VR camera features two 220-degree fisheyeAn extreme wide-angle lens, with image distortion occurring at the edges of the frame. lenses with 1/2.3-inch 12 mp Sony IMX377 sensors and a 360 omnidirectional microphoneThis is a description of a microphone it goes here and it's long so that we see if it gets cut off..

It has three modes: video, photo and timelapse, which can be controlled via the companion app available on iOS and Android or on the top deck of the camera, which features an LCD screen, the shutter button, and up/down arrows for navigation. It’s also capable of recording 60 fps video at 2.5K.

You can order the camera from B&H now, though the page currently still says ‘Coming Soon.’