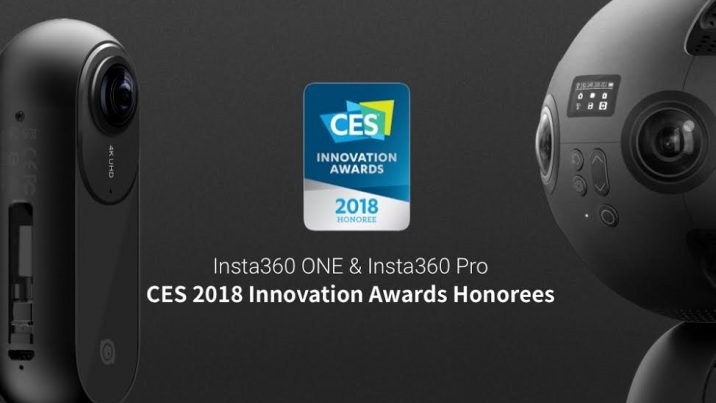 The Insta360 Pro and the Insta360 ONE have been announced as CES Innovation Award winners in the Virtual and Augmented Reality product category.

The Insta360 Pro, announced at CES last year, is Insta360’s professional VR camera, capturing 8K mono and 6K stereocopic video. The Insta360 ONE was announced in August and is the company’s newest consumer 360 camera, boasting 4K video alongside new features like free capture and bullet time.

This news continues Insta360’s legacy, as its Insta360 Nano was honored with the award last year.

The CES Innovation Awards are judged by a panel of independent industrial designers, engineers and journalists each year.

CES 2018 will run from January 9 through January 12 in Las Vegas, with Inta360’s cameras on display both in the company’s booth and at the Innovation Awards Showcase.