Today, GoPro finally announced release information for its Fusion 360 VR camera. The 5.2K 360 camera is currently available for pre-order for $699 in the U.S. and €749 in Europe and will be shipping in November.

The camera, which can capture 5.2K video at 30fps, can also capture 60fps at 3K and 18 MP still images. The camera will also be able to capture 360 audio.

In addition to photo and video modes, the camera will also have time lapse video and photo modes, as well as night lapse and burst modes.

During today’s announcement, we also learned a lot more about the camera, including its spatial audio features, its compatibility with GoPro mounts, internal stabilization, waterproof depth and voice control, along with news about its companion app and software. 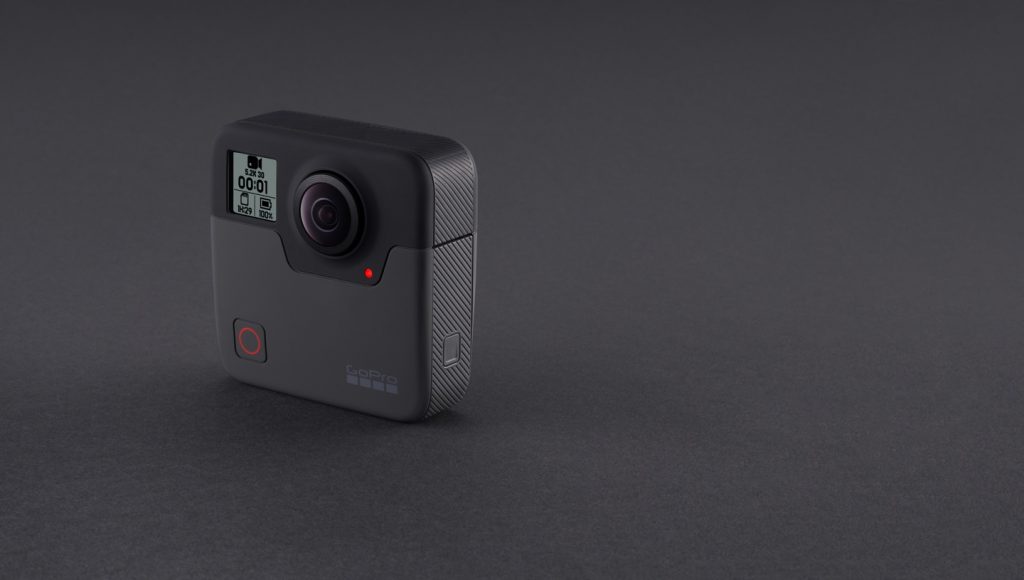 One important announcement for the Fusion is the launch of its desktop companion software, Fusion Studio, which can sync with Adobe Premiere and After Effects. This is perhaps the most important new announcement, as many of the camera’s other details have already been shared.

Presumably, this would indicate that Fusion Studio is mainly a stitching tool, with GoPro offering editing-related plugins for Premiere and After Effects.

This would make sense, with GoPro’s ownership of Kolor and its Autopano Video stitching software.

GoPro will also be releasing a handful of VR-specific plugins for Premiere and After Effects, including horizon correction, layers for inserting text, logos and videos within a 360 video, and reframe to choose the orientation of the video.

Although many of these tools will be available natively within Premiere after the software’s next update, the GoPro VR plugins are free and available for Mac or PC. 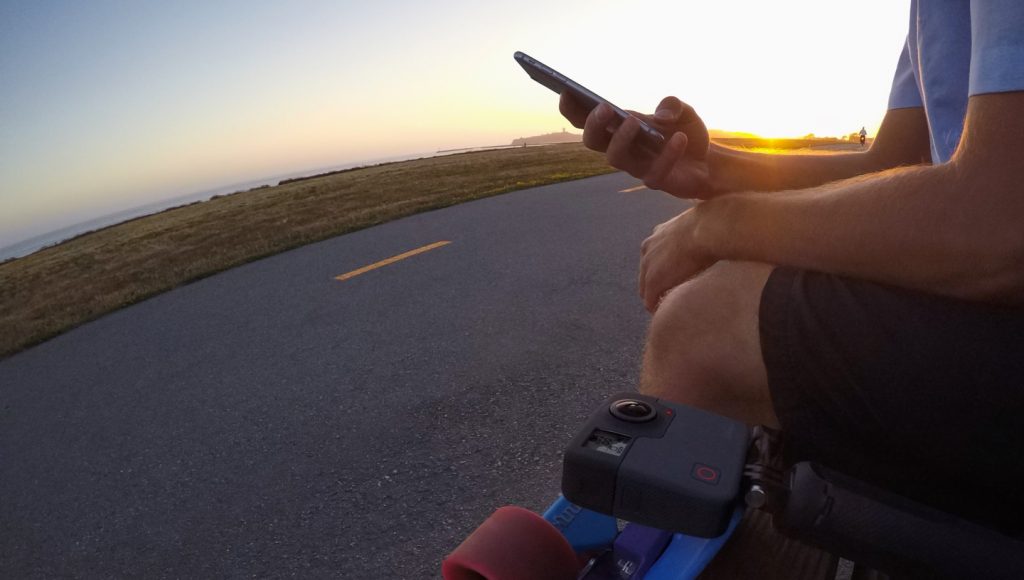 We also learned that the wearable 360 camera will be compatible with most GoPro mounts.

It will also be waterproof to a depth of 5 meters (16 feet), and include Bluetooth, WiFi, GPS, an accelerometer, gyroscope and a compass.

Users will be able to control the camera via the GoPro app, as well as preview shots, play back footage, stitch content and more. The overcapture feature–outlined in detail below–will be added to the new version of the GoPro app for iOS and Android in early 2018.

The camera will also feature internal stabilization and voice command control features (earlier this month, it was rumored the camera would have voice control for hands-free operation and can bookmark highlights by pressing a button on the Fusion or with the voice commands “GoPro Highlight” or “That was sick”). Voice control will be available in 10 languages.

One key feature of the Fusion is the ability to record moments spherically and select your compositionThe layout and relative position of the objects within a shot. for traditional fixed frame video in post-production. Called overcapture or reframing, this concept allows users to “punch out” HD-quality flat video from spherically captured video.

It’s a feature we’ve also seen from Insta360’s ONE camera and Garmin just recently added a similar feature to its companion software.

Here are samples of the overcapture feature in action, shared today by GoPro:

The camera will also have a protune mode to set the ISO limit and exposureThe measurement of the brightness and range (latitude) of light being captured by the camera. Exposure is governed by ca... More compensation. Its photo ISO ranges from 100 to 800, video, 100 to 6400, and its shutter speed will go up to 30 seconds to capture night sky and light painting shots.

When GoPro first teased the camera in April, the company had promised a launch prior to the end of 2017, but few details were announced. More details slowly became available through sample videos and partnerships with select organizations, including USA TODAY Network, FOX Sports, Digital Domain and RYOT, to name a few.

Early samples from the camera look promising, with minimal stitch linesThe seams in a 360° video where footage from one camera has been combined with another. and solid colors and exposureThe measurement of the brightness and range (latitude) of light being captured by the camera. Exposure is governed by ca... More.

GoPro Fusion is currently available for pre-order on GoPro.com in the U.S., Canada, United Kingdom and the European Union and will ship in November.

For more information or to pre-order the camera, visit GoPro’s website.