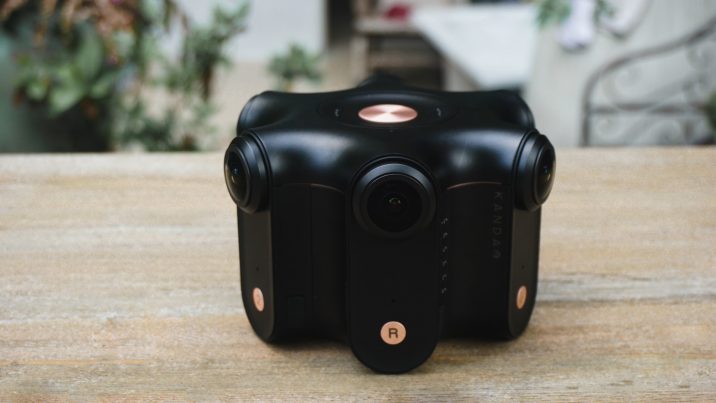 Earlier this month, Kandao Technologies announced that the Obsidian R and Obsidian S VR cameras were officially available for purchase, alongside a new camera focused on 360 photography, the Obsidian Go. At the time, the company also announced some new and intriguing features for the cameras’ companion software, Kandao Studio, including extended HDR features, depth mapDigital data representing the distance of the objects in the scene from the camera. generation and 6 DOF. But, it didn’t elaborate on those features–until IBC.

Alongside many other announcements, including that Obsidian cameras would support live streaming by the end of the month, a stitching template with Mistika VR, rental partnerships with Radiant Images and AbelCine, and 200 units for sale shipping this week (more on all that in the last section of this article), the big news came while demoing some of the new features of Kandao Studio alongside Kandao’s Chen Dan.

How Kandao Studio will use 6 DOF 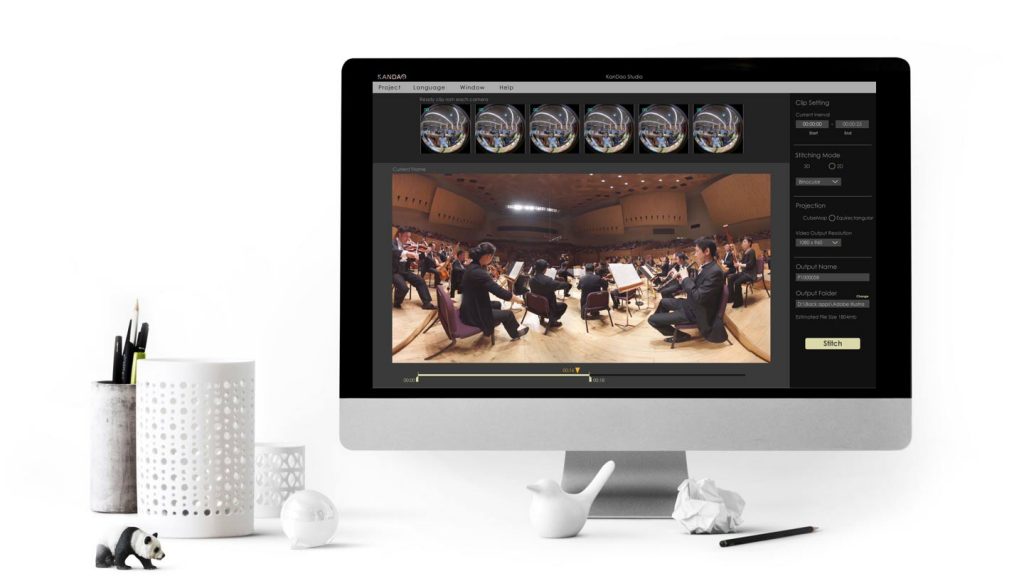 If you aren’t familiar, 6 DOF enables headset users to “lean” within a 360 video. Typically, you’ll employ multiple cameras to capture a scene or one camera of a particular size that can enable viewers to experience six degrees of freedomThe ability to move left-right, up-down, and forward-backward (in addition to being able to rotate around the x, y, and ... More in the range immediately around the camera.

The way Kandao Studio will be able to offer this feature from a single Obidian camera is based on the cameras’ design. Each point in the scene is captured by multiple lenses. Then, Kandao Studio will be able to use those multiple data points to generate depth maps from 360 footage capturing with Obsidian cameras. It will then use those depth maps to recreate enough of the scene to allow viewers to move up to a few inches forward, back, right or left.

Of course, the further from the camera’s actual center the viewer gets, the more artifact they’ll see in the final video and the ability to move up and down is more restricted.

For example, Facebook’s x6 and x24 cameras are 5 and 10 inches in diameter, respectively. When we sat down with Facebook’s Head of Immersive Media Eric Cheng at NAB in April, he explained that essentially the depth of a camera’s 6DOFSlang for Six Degrees of Freedom. capabilities relies largely on its size.

“Obviously if a camera isn’t there, you won’t be able to see from that spot,” Cheng said at NAB.

The Obsidian S and R cameras are both 5.7 inches in diameter, but are utilizing the depth mapDigital data representing the distance of the objects in the scene from the camera. information to generate images a bit beyond the camera’s size.

It’s worth noting that Kandao’s cameras are based on the Surround360 Open Edition camera’s open source technology. That was Facebook’s last-gen immersive capture solution.

In April, Facebook announced its x6 and x24 6DOFSlang for Six Degrees of Freedom. cameras, which–while not open source–still aimed to be an industry partnership. Facebook said it planned to license the camera designs to select manufacturers and that its “goal is still to foster a new vibrant ecosystem around volumetric 6DoFSlang for Six Degrees of Freedom. video,” Cheng said at the time, adding that they were partnering with camera manufacturers to ship a product at around the end of the year.

In mid-October, Kandao will be releasing a new version of its stitching software, Kandao Studio, that will be able to generate depth maps to create 6 DOF. That’s very cool, but what really caught my attention was Kandao’s big idea for its cameras. Ideally, Dan said, customers would have four or five Obsidian cameras that they could place a few feet apart throughout the scene that together could generate depth maps that could then be interpolated to create feet of freedom–not inches.

So, what would you actually do with that 6 DOF footage? Well, back in April at the announcement of X6 and x24, Facebook announced it was working with software developers on a full tool chain ecosystem, including Adobe, Otoy, Foundry, Mettle, DXO, Here be Dragons, Framestore, Magnopus and The Mill. But, we’ll have to wait for more information on that…

Other announcements from Kandao 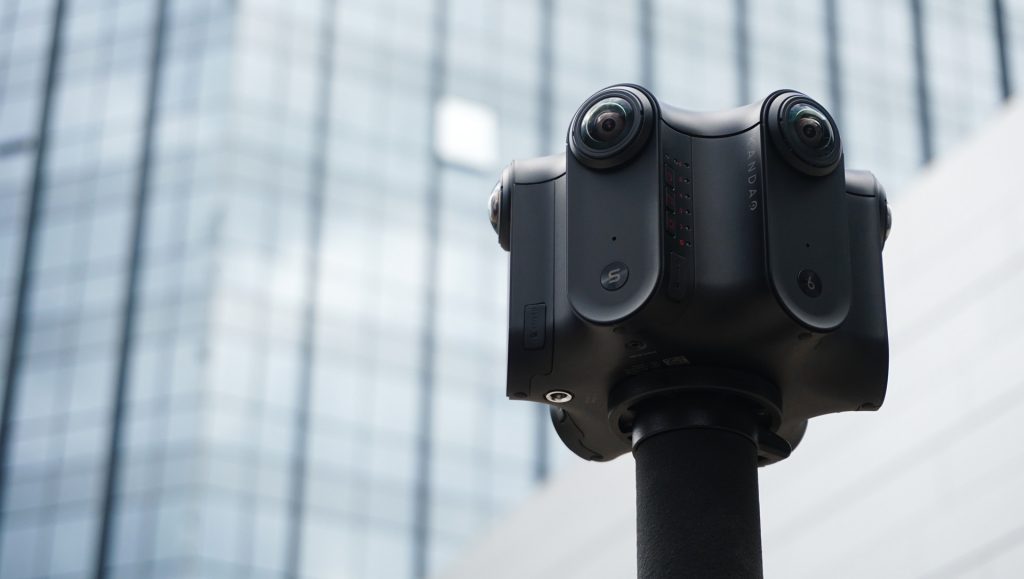 Kandao also announced that the next update will feature fast and high quality render options, allowing users to render footage at 7 frames per second or 1 frame per 4 seconds, respectively.

It will also add improved dynamic rangeThe varying degrees of brightness that can be captured by a camera or displayed by a playback device. You can think of i... More by 2 or 3 stopsƒ-stops are the measurement of, and mechanism for controlling how much light is let through the lens to reach a camera ... More by enabling users to capture highlights with three cameras and low lights with the other cameras, blending those image together later in the software.

Dan also mentioned that Kandao was working with the team behind Mistika VR to create a stitching template for its Obsidian cameras for Mistika VR users. This is a great step, as Kandao Studio–for all its valuable features–doesn’t give users access to relocating stitch linesThe seams in a 360° video where footage from one camera has been combined with another.. You can currently download Kandao Studio and sample unstitched footage from Kandao’s website to experience its existing features for yourself.

Kandao will also be adding live streaming capabilities to its Obsidian cameras at the end of the month.

There are 200 Obsidian S and R cameras currently available for purchase with shipping beginning this week. The cameras will also be rentable from Radiant Images and AbelCine for around $1000 per day in the near future.