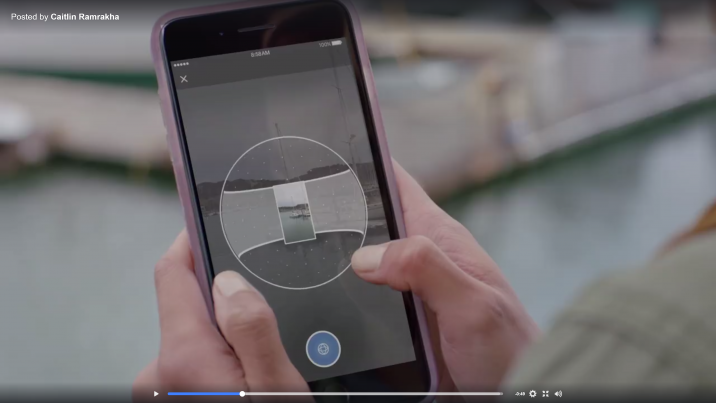 Since launching 360 photo support last year, more than 70 million 360 photos have been shared on Facebook. Now, Facebook is making it easier to capture and share 360 photos, even without a 360 camera.

In its latest app update, users will  able to takeIndividual instance of a shot; a take = each time the camera is started and stopped. 360 photos with their phones from within the Facebook app. They’ll be cylindrical 360 photos, not spherical, but it’s still a cool tool for people without a 360 camera.

App users will now have a 360 Photo icon within the menu of their status bar to access this new feature. Then, they can press the blue button and follow the path directed by your phone to capture a 360 panorama photo. Facebook will stitch the panorama together and allow you to choose the initial view your audience sees.

Then, you can share directly to your timeline, save to albums with other photos and videos, share in groups, and even make the 360 photo your cover photo. To make a Facebook-app captured 360 panorama your cover photo, upload one from your camera tool or tap the ‘TakeIndividual instance of a shot; a take = each time the camera is started and stopped. a 360 Cover Photo now’ option. Cover photo support will become available to pages in the near future.

Facebook is also enabling zooming within 360 photos and spatial tagging on desktop. It also plans to experiment with other capture modes for 360 photography.