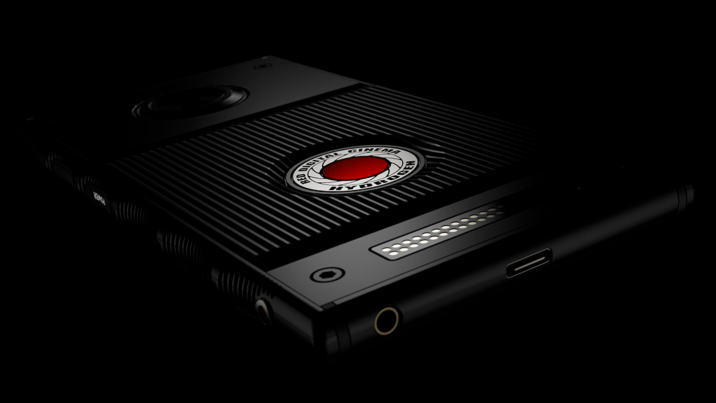 RED's Hydrogen One phone has a grippy design, micro SD slot, USB Type-C and headphone ports--but the real news is what's inside.

High-end camera manufacturer RED has announced its first smartphone, Hydrogen One, shipping in 2018.

In its press release, RED outlines some of the premium smartphone’s key features–many of which relate to VR/MR/AR content. But, so far, there are lots of promises and few details. Here’s what we know.

RED also said the phone will convert stereo sound into multi-dimensional audio. “Think 5.1 on your headphones,” it reads.

The press release also announced RED Channel to find 4-view holographic content, including movies, documentaries, games, shopping apps and more. It also alludes to being able to create .h4v content from the phone (or convernt 3D to .h4v).

If those features sound ambitious/confusing/futuristic/vague to you, you are not alone. That’s all RED would share at the time of the announcement. In more concrete terms, the Android-based device will also have a handful or modular attachments, most of which focused on capturing video, photos and 4-view holographic images (.h4v). The phone will also work with RED’s digital cinema cameras.

Other details about the Hydrogen One

We also know there will be two options, an aluminum version for $1195 and a titanium version for $1595, and both are currently available for pre-orders on RED’s website–for now. “After this initial release we will NOT be able to fill all orders on time due to display production limitations,” RED said. “We will NOT guarantee these prices at the time of release.”

Hydrogen one has a USB Type-C port, a micro SD slot and a headphone jack.