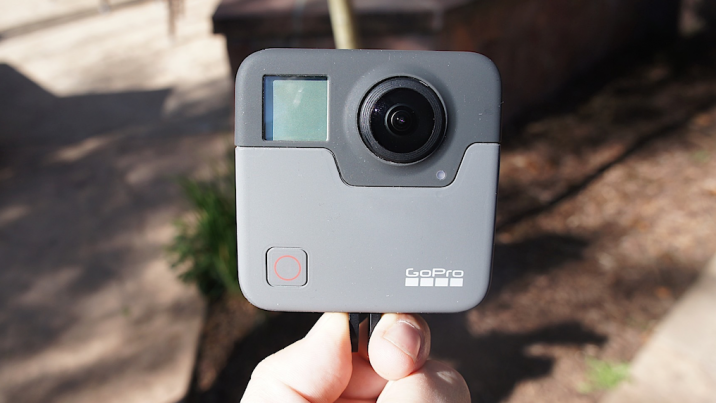 During the Mountain Games in Vail, GoPro showed off pre-production units of its Fusion 360 camera. (Image credit: AOL)

GoPro showed off pre-production units of the Fusion at the Mountain Games (which GoPro sponsors) in Vail this week, but promised that this was the final design of the camera. TakeIndividual instance of a shot; a take = each time the camera is started and stopped. a look: 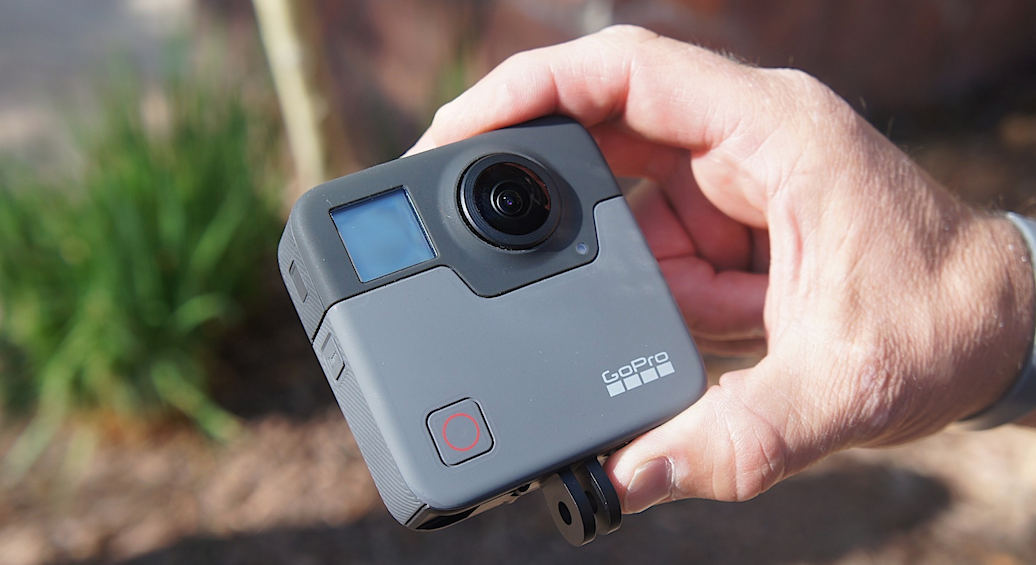 Right before NAB, GoPro announced a new 360 camera, the all-in-one 5.2K Fusion camera. When it was first announced, GoPro shared very few details, other than that the camera would capture 5.2K video at 30 fps and the resolutionThe number of pixels in an image, typically presented as a ratio of the total pixels on x axis to the total pixels on th... More was high enough to support “overcapture,” allowing users to “punch out” 1080p flat video.

And, of course, that there would be a pilot program and the camera would launch before the end of 2017.

But then, the 5.7K Yi 360 camera was announced at NAB and Garmin’s 5.7K Virb 360 was announced at the end of May. Both of those cameras, along with the Fusion, raise the bar on prosumer 360 camera quality; 4K resolutionThe number of pixels in an image, typically presented as a ratio of the total pixels on x axis to the total pixels on th... More and (sometimes) the ability to livestreamDistribute video playback in real-time. just isn’t enough.

Maybe GoPro was spurred on to release a bit more info about the Fusion by those announcements. Regardless, we’re happy to know more.

Key specs and speculations about the GoPro Fusion 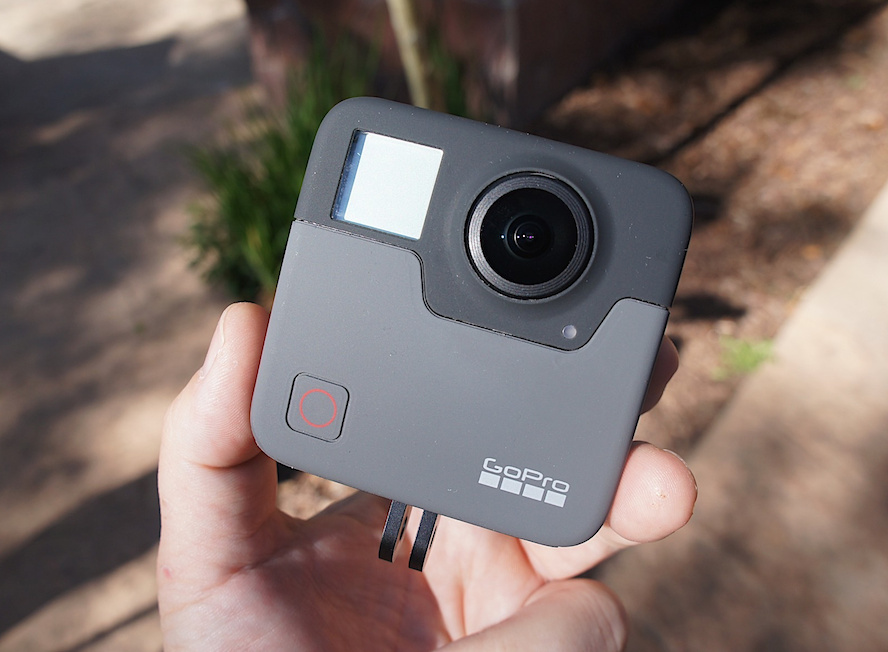 The front of the Fusion camera features an LCD screen to show the camera’s mode and the power button. (Image credit: AOL)

In photos released in April, the Fusion looked like it would be oblong, slick and shiny. But the actual design definitely looks a bit more rugged.

The camera looks similar to the Hero5 Black, but is a bit bigger and square. It’s gray and features easily grip-able textured edges. 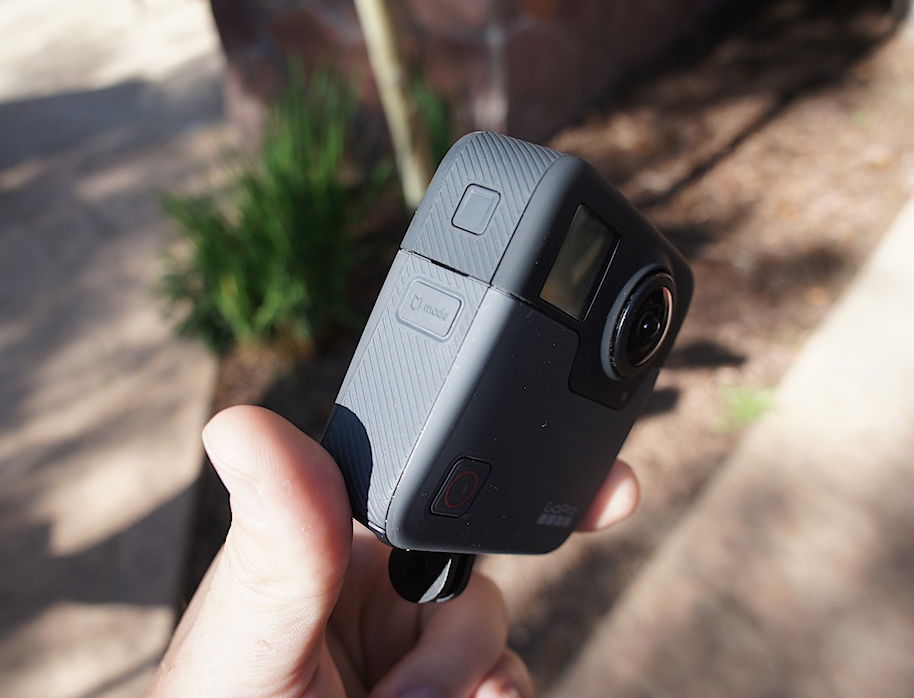 The design of the pre-production units showed at the Mountain Games look far more rugged than the initial design of the Fusion shown in April. (Image credit: AOL)

Its two lenses are offset from one another across the main chassis, and, according to GoPro, there’s a reason for this (but they wouldn’t share what).

The top of the camera features three holes—probably microphones—which could mean Fusion may capture spatial audio…and another hole on the back side of the camera that also looks like a microphoneThis is a description of a microphone it goes here and it's long so that we see if it gets cut off., perhaps for voice control like the Hero5, Hero5 Session and Garmin Virb 360. 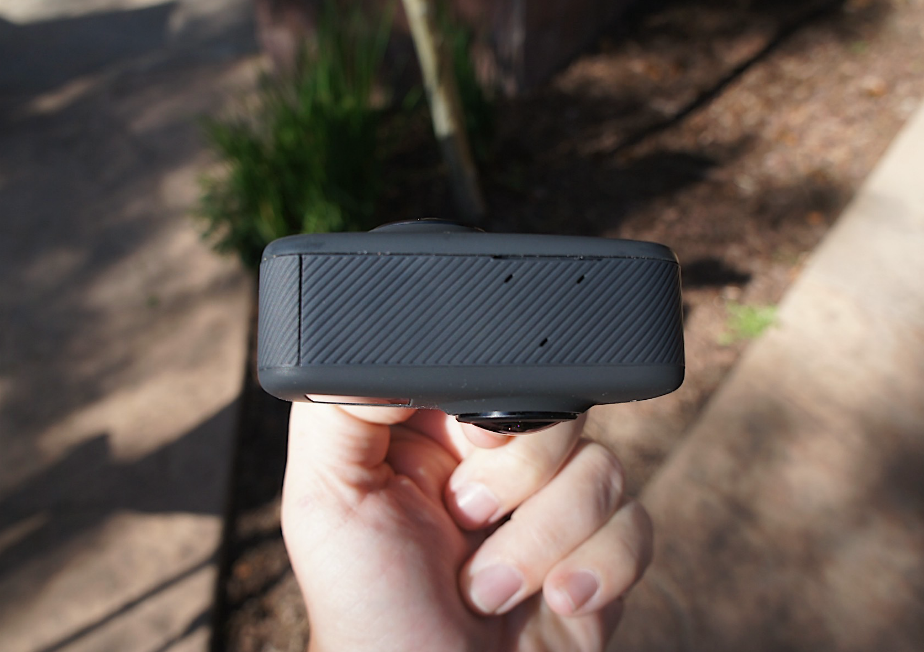 The Fusion features two lenses, offset from one another, across the chassis. (Image credit: AOL)

Video samples from the GoPro Fusion camera look really good. The stitching is clean and the video is stabilized.

Neither of these are much of a surprise, since GoPro owns Kolor (which makes Autopano Video Pro, the industry standard for 360 video stitching).

When we sat down with Kolor CEO Alexandre Jenny at NAB earlier this year, he told us to expect great things from the Fusion’s stitching and editing software.

Although we do know that Fusion will come with its own special editing software, we don’t know what the Fusion will be able to do in-camera and what will require stitching on a computer (or, like Yi and Virb, perhaps both?).

If the Fusion uses optical flow stitching to overcome its offset lenses like Immersive Shooter contributor and 360 Rumors blogger Mic Ty speculates, the camera will likely require a computer to stitch that footage. But, as Ty points out, the (comparatively) large body size of the camera might mean that some stitching can be done internally. 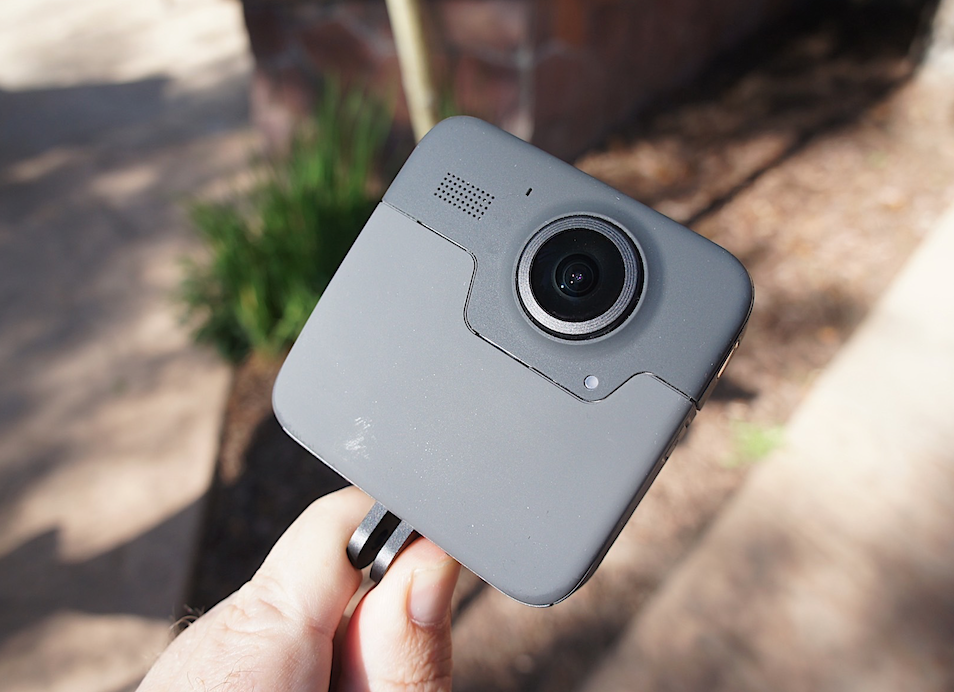 In addition to what appear to be three microphones on the top of the Fusion, there’s also what looks like another microphoneThis is a description of a microphone it goes here and it's long so that we see if it gets cut off. on the back of the Fusion–perhaps for voice control. (Image credit: AOL)

We don’t yet have a release date for the Fusion, but GoPro’s pilot program for the Fusion is expected to begin before August of this year (you can apply for the pilot program here). However, GoPro has stated the camera will launch in some capacity by the end of 2017.

The Fusion is GoPro’s first consumer-caliber 360 camera, after seeing multi-camera rigs featuring its fixed frame cameras kickstart the 360 VIDEO industry and last fall’s launch of the Omni. We’ll share more information about the Fusion as it becomes available.