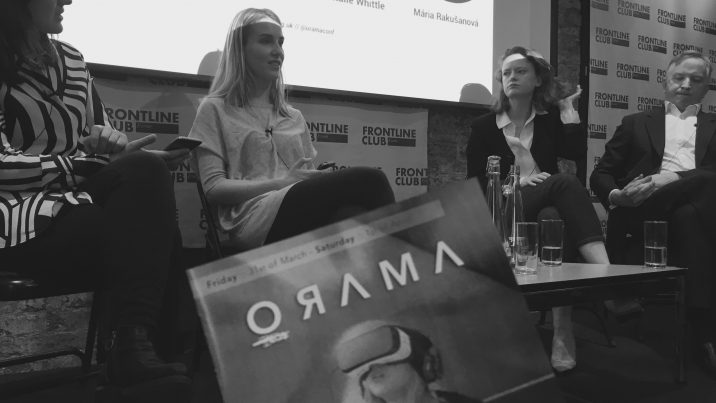 ORAMA Immersive Storytelling Film Festival was held at the Frontline Club in London March 31 and April 1.

The ORAMA Immersive Storytelling Film Festival, held in London March 31 and April 1, featured dozens of content creators and forward thinkers in the 360 and VR industry. Here are a handful of the top stats and facts from the weekend.

3. Al Jazeera Senior Producer Juliana Ruhfus, 83 percent of those who watched/experienced its Hacked VR project were first-time site visitors, proving that VR experiences can help draw in a new audience.

4. Thus far, none of The Guardian’s VR experiences have included a single cut. Not one. But, Executive Director of VR Francesca Panetta tells us they’re launching their third piece this week—about life as a baby. We’ll have to wait and see…

5. Will McMaster, head of VR at Visualise, reminds us that it’s important to remember that traditional cinema took decades to define. Citizen Kane, one of the most pre-eminent films of all time, was released nearly 50 years after the birth of cinema! Patience really is a virtue.