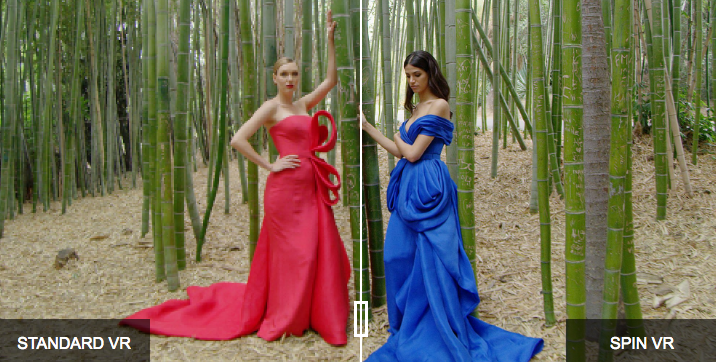 360 video quality isn’t all about your camera. Tons of technology exists between video file and viewer to maximize quality.

Most 360 videographers spend a lot of time contemplating the best cameras on the market. It’s an easy way to pass the time, especially with so many cameras coming out this fall. But we have to realize that 360 video quality isn’t all about the camera.

The viewer’s enjoyment is also affected by their headset quality and streaming experience. And, when it comes to streaming, there’s tons of tech that exists between video file and viewer to maximize quality.

One such tool is Field of ViewThe angle of space viewable from a given lens position. Adaptive Streaming, or FOVAS. When Valve announced its Steam 360 video player, which debuts in early 2017, a key feature of the player was its reliance of FOVAS technology from Seattle-based startup Pixvana.

Although Valve is well rooted in gaming, the company sees plenty of opportunity for 360 video content to survive and thrive on its Steam platform. In fact, 4.36 million users currently have video in their Steam libraries, and 21 percent of it is documentary content (50 percent is movies, 20 percent is anime and 9 percent is tutorials).

According to Pixvana cofounder and CEO Forest Key, Pixvana wants to be to 360 video what Unity is to 3D content. In a word? Eminent.

The company’s Open Projection Format proposal with Valve—also announced at Steam Dev Days—will not just be a puzzle piece of Steam’s 360 video player. Ultimately, it aims to standardize how we present VR.

Pixvana’s OPF answers the question of how to display 360 video with the least amount of distortion. As we know from trying to map our 3-dimensional spherical world into two dimensions–no, Greenland is NOT the size of Africa–its difficult to avoid distortion. Same goes with VR video.

Most VR video uses an equirectangularStretching a spherical image into a flat, rectangular format. (i.e. the way a world map represents the spherical Earth).... More projection to convert video into a flat format, which allows you to see the entire sphere but distorts the image near the nadirThe bottom of the sphere. and zenithTop of the sphere.. As the viewer moves their head, the viewport changes to maintain maximum resolutionThe number of pixels in an image, typically presented as a ratio of the total pixels on x axis to the total pixels on th... More. The change is usually imperceptible, often less than 200 milliseconds.

All images courtesy of Pixvana

This sort of adaptive streaming makes it possible for viewers to stream 8K or 10K video at around 4 mb/s, Key said, which is about equivalent to streaming a 2K video.

Although much of the value behind Pixvana’s VR solutions comes in optimizing resolutionThe number of pixels in an image, typically presented as a ratio of the total pixels on x axis to the total pixels on th... More, it’s not entirely worthless when it comes to 4K 360 video.

“With a 4k master, we can’t improve video quality, but we can reduce bandwidth dramatically,” Key said. And we all know that users expect our videos to play seamlessly without stuttering, buffering or delay from the second they hit ‘play.’ “For example, if you’re streaming from a Ricoh Theta, watching that video [with our technology] would require one-fifth the bandwidth.”

Although similar to Facebook’s FOVAS solution, Pixvana’s solution is an open file specification, available to all.

“Facebook has built something for Facebook and apps that host video on Facebook,” Key said. “Our solution  is built and available for everyone else–broadcasters, media companies, news organizations, film studios, business video apps, etc.”

Pixvana’s OPF can also be applied to 360 content on a desktop, and works both with monoscopic and stereoscopicVideo shot with two parallel cameras (or in the case of 360° video, multiple pairs of parallel cameras) Commonly referr... More 360 video.

Powering Steam’s 360 video player isn’t the only big announcement from Pixvana this fall. On October 3, the company also announced its own VR platform, SPIN.

“It’s not the same as LittlStar or Jaunt, in that they’re building a Netflix-like destination to watch VR films,” Key said. “Think of SPIN as a private portfolio distributed to a targeted audience, like at film festivals or to potential clients.”

Although it may start as a niche solution, SPIN’s aspirations are anything but niche.

Ultimately, SPIN will be much more than a private portfolio. Although details have yet to be announced, Key said Pixvana has big plans to simplify VR video production. Some of the cloud-based solutions Pixvana hopes to offer include stitching, editing and color grading.

“We haven’t announced our full product line and dates,” Key said, “but we’ll have more concrete announcements later this year.” SPIN is currently in beta, but Pixvana hopes to launch the first iteration of the platform in the first quarter of 2017.

“We want to make it possible for VR videographers to be making five or six films a month—not one!” Key said. “That’s going to let them experiment with the genre and figure out how to tell stories in this medium.”

At the dawn of film, Key adds, early filmmakers tried to apply the new technology to the closest mediums they knew: theater, vaudeville, opera, etc.

“In all of those mediums, the audience is fixed in one position, so it’s not surprising that the first filmmakers simply pointed their cameras at the stage,” he said. “A lot of people are approaching VR bounded by their experience with TV and cinema. What we’re starting to see are new semantics, different syntax, different tropes, and new patterns of storytelling emerging in VR.” This painting by local visual artist Jesse Link was commissioned by Key and pictures “Sofia the VR Explorer.”

Pixvana believes in the discovery stage of VR so much it’s become a central theme of their brand.

“The gorilla is sort of our motif because King Kong is emblematic of cinema art, but we’re still in this primitive state of discovery with VR and we haven’t established something equivalent to the King Kong of VR yet,” Key said. “It embodies the magic qualities of this new medium.”

After Steam’s 360 video player launches in 2017, content producers will be able to publish 360 videos to Steam much like apps to the app store. SPIN, however, will likely be a subscription-based solution, Key said.

To see Pixvana’s FOVAS solution in action, download this demonstration for the Vive or Oculus.