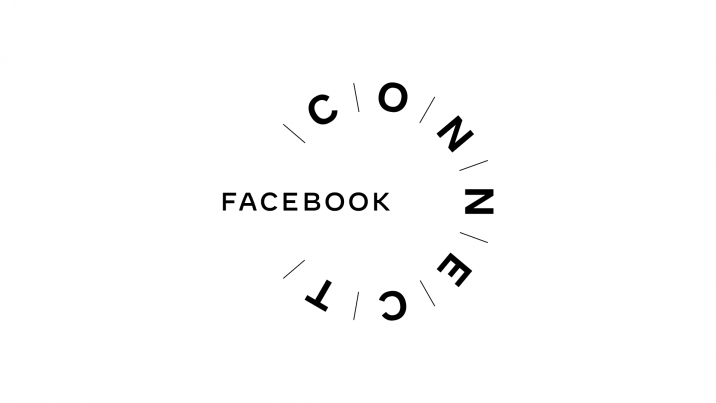 Yesterday, Facebook held its annual Connect conference on the company’s virtual and augmented reality efforts. Instead of multiple days, the majority of this year’s news was packed into a two-hour keynote.

Some of the biggest news including a new headset dubbed Quest 2, the retirement of the original Oculus Rift, a glimpse at a new AR glasses prototype and program, and plenty of new games, apps and content–including a multi-year partnership between Facebook and the New York Times to co-develop augmented reality (AR) filters and effects on Instagram.

Let’s break down each of those bits of news a bit further:

The Oculus Quest 2 is an all-in-one VR headset that offers a number of improvements over the original Quest, launched in May of 2019.

For example, the Quest 2 offers a screen resolutionThe number of pixels in an image, typically presented as a ratio of the total pixels on x axis to the total pixels on th... More of 1832 x 1920 pixels per eye compared to the original’s 1440 x 1600 and a promise to upgrade the 72Hz refresh rateThe frequency at which an image is drawn on screen during playback, expressed as the number of cycles per second (hertz)... More to 90Hz after the headset’s launch. Quest 2 also boasts 6GB of memory (the original offered 4GB), Qualcomm’s Snapdragon XR2 chipset (instead of a Snapdragon 835), and up to 256GB of storage (like the original Quest, the base model offers just 64GB, but Quest 2 offers 256GB for an extra $100).

The battery life is about the same, but Quest 2 does offer a few ergonomic improvements to the headset and the controllers. It’s a bit less front-heavy and has an alternate head strap option: a padded plastic ring that can be adjusted with the turn of a dial. The controllers are similar to the first-gen Touch controllers, but the thumb rest (removed from the second-gen controllers) is back. Hand tracking is still an option, and Oculus says the so-so feature will continue to improve over time.

Pre-orders for the Quest 2 opened on September 16, the day of Facebook Connect, and headsets will ship on October 13th in 22 countries, including the United States. A 64GB version of the headset is selling for $299, and a 256GB one for $399.

These upgrades, along with a lower price point, will be a killing blow to the original Quest. Sure, plenty of Quest users may not upgrade immediately–and all currently announced Quest 2 games will work with the Quest–but no one is likely to buy the original when the Quest 2 is available.

Additionally, Facebook announce that it would be end sales its PC-VR Rift S headset next spring. There will continue to be games and experiences only possible with PC-VR, but Facebook will rely on Oculus Link, a feature which allows users to plug their mobile Quest headsets into a PC via USB-C, to continue to deliver those experiences. Link will be coming out of beta this fall, alongside the release of Quest 2.

Oculus announced earlier this year that it would no longer push sales of its entry-level VR headset, the Oculus Go, in its own store beyond the end of 2020.

So, in a way, Quest 2 has unified the future of Facebook’s entire VR hardware into a single headset.

…Plus, a new project with AR glasses called Project Aria… Another significant announcement from Facebook Connect is a partnership with Ray-Ban to build augmented reality glasses. As part of an initiative called Project Aria, where the glasses will be used by a limited group of Facebook employees and contractors to identify opportunities for AR in our daily lives while resolving privacy issues and other concerns.

According to the Project Aria website, the glasses “are not a consumer product, nor are they an AR glasses prototype.” Rather, it is “a research device that is worn like regular glasses and will help us build the software — including a live map of 3D spaces — and hardware necessary for future AR devices.”

Also worth noting about Project Aria: Facebook is offering two grants for researching the potential social impacts of VR and AR. Sensors on the device will capture the wearer’s video and audio, as well as their eye tracking and location information. If that sounds intrusive and reminiscent of the types of concerns related to Google Glass (remember ‘glassholes’, anyone?), it is. And it isn’t. According to Facebook, the “glasses’ on-device computing power will then be used to encrypt and store information that, when uploaded to separate, designated back-end storage space, will help our researchers figure out how AR can work in the real world.” Facebook has also outlined a series of research principles for the program, like “never surprise people” and “provide controls that matter”–whether or not these principles really matter, I guess, depends on how much faith you put in Facebook. For more information about Project Aria’s privacy policies, visit the project website.

Although all content working on Quest will work on Quest 2 (and vice versa), Facebook isn’t letting developers ship Quest 2-exclusive content at this time. They are promising new titles, though–more than 200 by the time Quest 2 launches.

Additionally, Oculus is announcing a handful of new features beyond entertainment applications–specifically in areas that have become increasingly useful in the era of COVID, like at-home fitness tools, communication/social/events, and working from home.

For example, Oculus Move will track fitness goals, building on the growing popularity of exercise-related apps. As part of the highly controversial requirement that Quest 2 users sign in using Facebook, the headset will also integrate with Facebook Messenger. And, the Infinite Office tool, set to launch this winter, will allow users to combine multiple customizable screens with a passthrough camera feed so they can have an “infinite” number of monitors and still see the real world around them. An announcement particularly relevant to immersive journalists is the multi-year partnership between Facebook and the New York Times to co-develop AR filters and effects on Instagram related to the Times’ news coverageMultiple shots from multiple angles to capture the events in a scene (i.e. master shot, medium shots, close-ups, inserts... More.

Instagram users will be able to interact with the filters via the @NYTimes Instagram account profile page, under the effects tab. For example, AR visualizations illustrating how pollution has changed during COVID.

Although the Times’ editorial team launched its first AR project in 2018, the Times has build an AR Lab team of more than a dozen employees to get this partnership going, the Times told Axios. They expect this partnership will enable them to publish filters alongside their stories on a more regular basis and will be the Times’ “first long-term effort in producing sharable AR-first journalism on Instagram.”

The team will use Facebook’s AR developer platform, Spark AR Studio, to create the filters and effects.

During Facebook Connect, it was announced that 400,000+ creators and developers from 190+ countries have used Spark AR technology to publish effects. …More than 150 creators have seen 1 billion effect views in the last 3 months”

According to the Times, Facebook will provide financial and technical support for the project, but will not influence editorial decisions. The Times will give Facebook feedback on the platform’s features and their experience developing with the tool.