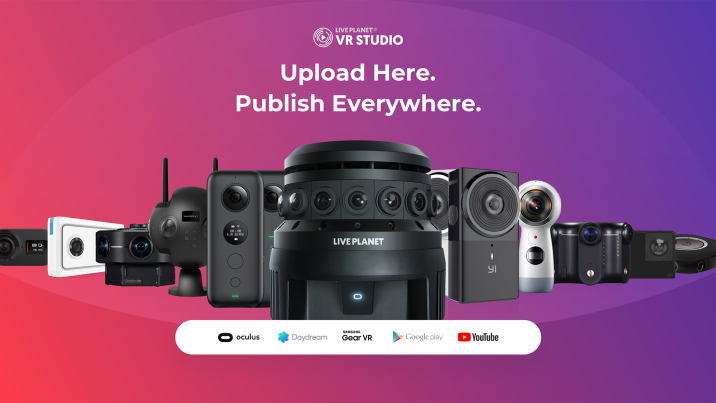 Live Planet, Inc. has unveiled its new Virtual Reality (VR) Studio Platform. Live Planet VR Studio not only represents a full update to the company’s VR publishing cloud, but it also opens up use of the platform to content creators using a number of VR cameras, including the Insta360, Samsung Gear 360, Kandao Obsidian and more.

Live Planet VR Studio can be used to store, manage, edit and publish 360 video content to all major VR headsets, video platforms and social media sites with the click of a button. A full list of supported cameras is available online here.

This expansion of Live Planet’s cloud platform into the VR Studio contains several major updates, including the ability to:

Additionally, Live Planet is discounting the price of the Live Planet VR Camera for a limited time from $7,995 to $3,495.