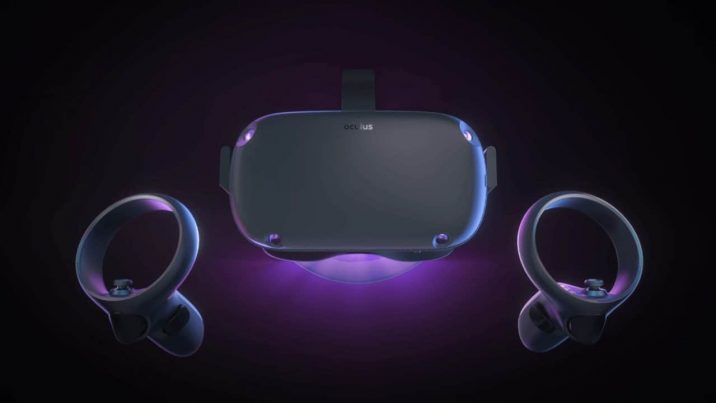 Facebook has implemented strict content curation standards for titles available on its Quest headset. What do these policies say about the state of the VR industry?

Are all the apps rejected by strict content curation standards for Oculus Quest martyrs for the future of virtual reality, or casualties of an industry standing on very shaky ground?

Since its release, the Quest has sold out and/or been backordered at many retailers (Amazon, Walmart, Newegg), consumers spent more than $5 million on Quest content in its first two weeks on the market, and user reviews have been overwhelmingly positive.

Except for one thing…Oculus’ strict content curation system for Quest titles. Facebook’s inking of exclusive deals with gaming franchises like Assassin’s Creed and Splinter Cell (reportedly) bode well for the new approach, but not everyone is a fan of change.

The strict content standards have led to the delayed release of some favorite apps like AltspaceVR and some tense Twitter interactions between Oculus and devs. Some developers have said they’re abandoning efforts to bring their apps to Quest at all.

The policy, disguised beneath bureaucratic red tape, rekindles a heated debate about whether or not subpar experiences put new users off VR entirely. For years, we’ve wondered if headsets like Google Cardboard undercut sales for high-end VR headsets, if calling 360 video VR hinders public perception of “true VR”, or whether to prioritize quantity or quality when it comes to VR content.

Historically, Oculus has enabled experimentation, with features such as Oculus Share, Concepts, or Early Access on the Oculus Store, and funding for scores of independent content creators. Last year, Oculus announced a shift away from funding a large number of smaller experiences, towards funding a small number of large experiences. The Quest’s rigorous curation makes clear Oculus’ preference of quality over quantity, and a shift in mindset from “No one knows what works in VR” to “Oculus knows best.”

Facebook has said strict curation for the Quest gives consumers “confidence in the quality of the titles they’re buying” and gives developers “confidence that they are shipping into an ecosystem that will generate a return on investment.”

It’s no coincidence Facebook is citing “confidence” among consumers and developers as its goal at a time when so many are losing confidence in the future of VR. In a mid-June tweet storm, Rubin said Oculus is “extremely sensitive to what we present to new VR users. We want any decision a consumer makes in the store to be rewarding & encourage another.”

According to Oculus, the strict guidelines would also save developers precious time and money by rejecting Quest submissions early in the development process rather than at the end. (With Facebook’s 30 percent cut on sales, don’t mistake this for altruism).

“We’re looking for evidence of quality and probable market success,” reads Oculus’ post about the policy. “The concept submission process is a chance for developers to show us not only how cool their title will be, but also to explain how it will resonate with the Quest audience.”

Maybe Facebook’s Oculus Connect 6 event in September will paint a clearer picture for the future of VR. They’re already teasing “a new chapter of virtual and augmented reality.” “The future we’ve all been working towards starts here,” the event website reads.

What exactly that may be–a killer social VR app? An augmented reality headset?–I lack the clairvoyance to know. What I do know is the industry feels increasingly like the blind leading the blind. (Maybe Oculus does know best?)

Perhaps if we all took our VR headsets off–or swapped them for mixed reality headsets–we could see things more clearly.