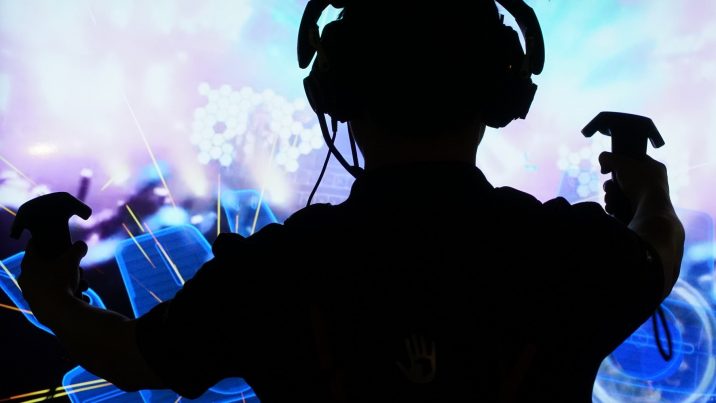 Even though traditional video has been around a long time, people still wonder about the ideal length of any given piece of content. When it comes to VR video, you are contending with the same concerns (Is the video interesting enough to keep people engaged until the end? Is it as short as it can/should be?).

You are also dealing with a new and potentially uncomfortable medium.

Assuming you’re creating content for a headset, you also have to worry if the piece is comfortable enough to watch in a headset for that length of time. Or, does it make people sick or disoriented? Is it compelling enough that they won’t want to takeIndividual instance of a shot; a take = each time the camera is started and stopped. the headset off to check their smartphones? Not to mention, we still don’t know exactly how long people are willing to be in a headset (period) whether they’re watching your video, playing games, or something else.

All this leaves us wondering: How long should my cinematic VR video be?

A general rule that persists with both traditional video and VR: The video should be as short as possible while conveying what you want to convey, and only as long as it remains interesting.

Other people suggest hard and fast rules. Some say 15 minutes as an absolute maximum. Others have noticed a significant drop-off of viewers at the 5-minute mark. A smaller minority say they prefer a longer experience if they are going to go through the trouble of putting a headset on in the first place.

Some creators, like National Geographic, have been dividing longer VR videos into series, like their Okavango Delta four-part VR series.

Which brings up another question: Who is your audience? If your audience is a group of die-hard fans for whatever your piece is about, longer may be better. General viewers who just come across your piece may be less likely to invest 20 minutes on it than a true fan. If you’re hoping it goes on the festival circuit, the average VR video length seems to be about 10 minutes (though whether you’d want festival preferences to play that large a role on your final piece is up to you…). You may also want to answer how comfortable your audience is in a headset. First timers may not want to spend as long in a headset as people who are familiar with the medium. Or, they may find the new medium so novel, they stay in the headset for an hour their first time.

You may do some tests to find out what your audience prefers. Perhaps make a 2-minute trailer, a 5-minute overview and your full-length documentary (however long it may be). Look at the analytics. Ask people about the length. All of these suggestions aside, even the most seasoned VR filmmaker doesn’t have all the answers yet. Everything is still too new, the headsets are changing too quickly, etc. Your research will be as valuable to your future films as anyone else’s.

The technical quality of your content will also be a factor. What is the resolutionThe number of pixels in an image, typically presented as a ratio of the total pixels on x axis to the total pixels on th... More? What is the frame rate? If particularly low, it is more likely to cause eye strain. Is the stereoscopicVideo shot with two parallel cameras (or in the case of 360° video, multiple pairs of parallel cameras) Commonly referr... More comfortable? Are the motion shots stabilized?

Another consideration is which headset the viewer is wearing. For example, an Oculus Go is far more comfortable than a Gear VR.

Sidenote: To engage in more discussions like this, consider joining the 360 VR Video Professionals group on Facebook. They’re rad and have loads of helpful info and hearty debate!