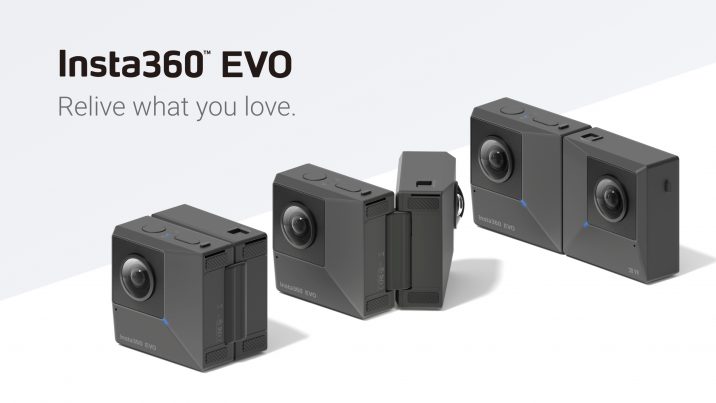 Today, Insta360 has announced the latest addition to its lineup of immersive cameras: the Insta360 EVO.

The EVO can capture both 3D 180-degree content (VR180) and 360-degree 2D content, both at resolutions of 5.7K for videos and 18 MP for photos. This makes the camera a competitor to existing convertible 180/360 cameras, including the Vuze XR camera and Kandao Qoocam.

Look at the videos below to see the EVO in action:

The Insta360 EVO employs many of the same features from Insta360’s other cameras, including in-camera stabilization, free capture tools to re-frame 360 video into equirectangularStretching a spherical image into a flat, rectangular format. (i.e. the way a world map represents the spherical Earth).... More video, RAW/DNG file format options and HDR photo/video.

The Insta360 EVO camera is compatible with both iOS an Android devices, and is available for order at Insta360.com, B&H Photo an Amazon for $419.99.

To make it easier to view 3D 180-degree photos and videos from the EVO, Insta360 has also announced two new technologies.

Insta360 VR is an app for Oculus Go, HTC VIVE Focus and Samsung Gear VR that allows wireless playback and file transfer from the EVO to supported headsets. The app also allows live monitoring of the camera from within one of the supported headsets. This feature is particularly useful, since VR180 allows content creators the opportunity to once again be near the camera without appearing in the shot.

The second viewing technology, Insta360 HoloFrame, is a phone display cover that allows users to “watch 3D photos and video with the naked eye.”

“HoloFrame pops straight over a smartphone display (think a reverse phone case),” reads Insta360’s press release. “Then, users open their favorite 3D photo or video in the EVO app. During playback, the app uses eye-tracking to align with a viewer’s gaze and display an image that takes on a lifelike three dimensions in their line of sight.”