Insta360 has announced the latest addition to its expansive 360 camera lineup, and its first cinema-grade 360 camera: Titan.

Titan offers a number of shooting modes, including:

The camera has eight lenses, each paired with a Micro Four Thirds sensor, “the largest sensors available in any standalone VR camera,” according to Insta360, for improvedy dynamic rangeThe varying degrees of brightness that can be captured by a camera or displayed by a playback device. You can think of i... More and low light performance.

It also has Insta360’s Flow State Stabilization feature for smooth shots and Farsight live monitoring system to preview and control shots from a distance.

Those solutions aside, the issue of high-resolution playback remains.

“Most playback systems aren’t ready to decode immersive video at higher than 4K, let alone 11K,” reads Insta360’s blog post announcing the Titan. Their answer is Insta360’s proprietary playback technology, called CrystalView, which utilizes foveated rendering to render only the direction the viewer is looking in full resolutionThe number of pixels in an image, typically presented as a ratio of the total pixels on x axis to the total pixels on th... More. According to Insta360, CrystalView enables viewers to play back full-quality Titan content (with the Insta360MOment app available on Gear VR, Oculus Go, the Google Play store and the App Store). 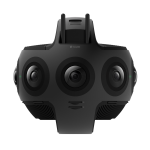 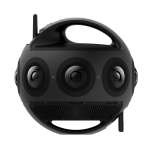 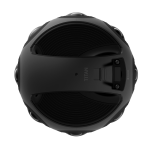 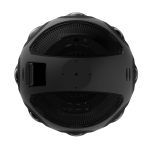 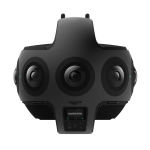 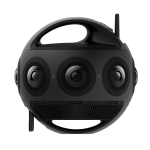 The Titan is priced at $14,999 and will be displayed at CES in Las Vegas this week, after which Insta360 will launch a pilot program with select filmmakers.

Interested creators can reserve their Titan here to receive one of the first batch of cameras, expected to ship in April.

Head here for all the details.