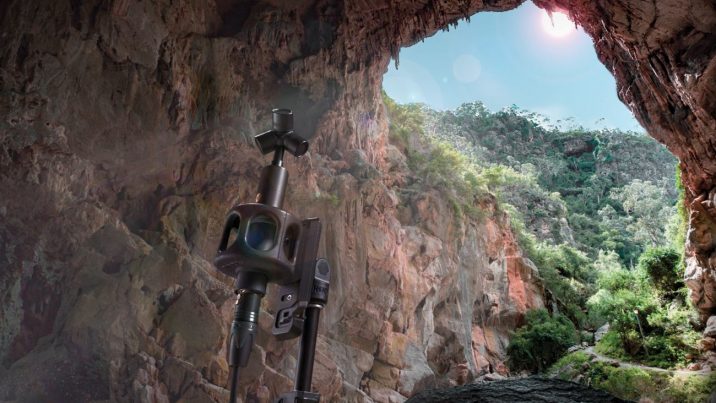 RØDE Microphones has announced that its NT-SF1 ambisonic microphone has begun to ship. The microphone was first announced at NAB earlier this year.

The NT-SF1 is the first collaboration between RØDE and SoundField, an ambisonic audio industry leader that RØDE purchased in November of 2016.

The ambisonic microphoneA microphone that employs multiple sensors to capture a 360 sphere of sound (see also, tetrahedral microphone). costs less than $1000 and comes in a full kit, with a blimp-style windshield and fur cover for wind protection, and a custom suspension shockmount for steady recording.

The body of the microphoneThis is a description of a microphone it goes here and it's long so that we see if it gets cut off. features two lines to denote where to align the windshield so the capsules are perfectly centered, and where to attach the mic to the shock mountA microphone holder engineered to absorb physical bumps or vibrations to prevent movement from disturbing the audio sign... More.

Alongside the start of the camera shipping, RØDE also launched its free Soundfield By RØDE plugins for 360 spatial surround mixing. The are available as a free download from RØDE’s website, for both Windows and Mac. 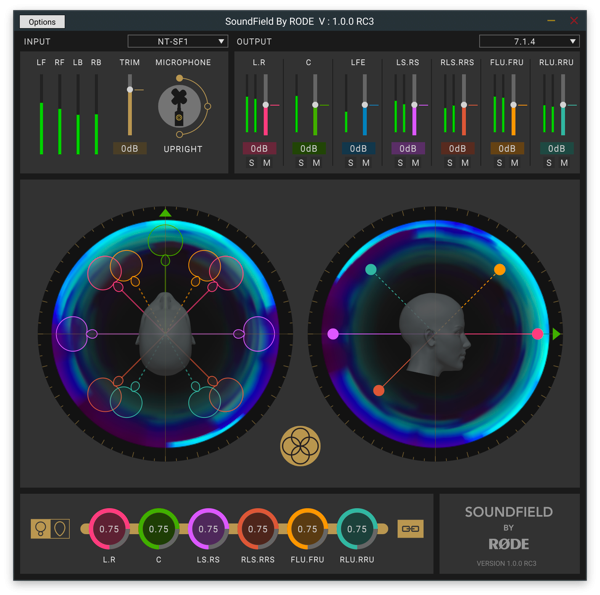 The Soundfield By RODE plugins make it easier to visualize the source of various sounds and properly spatializeMix in post-production to distribute sounds into positions in a sphere around the listener. your audio.

The plugin allows users to manipulate the sound captured by the NT-SF1 by changing the directivity, position and rotation.

The Soundfield By RØDE plugin forgoes the matrices and correction filters of previous plugins.

Instead, the NT-ST1 is perfectly matched to the new SoundField by RØDE plugin ambisonicPertaining to audio reproduction that captures the spatial acoustic qualities of recorded sound. processor for spatial accuracy at all frequencies.

The plugin also features a visual-based user interface to make it easier to understand and manipulate the soundscape, even as a beginner. There is also an advanced mode to control all parameters for “the ultimate in sound shaping.”

It also supports stereo setups, including Dolby Atmos up to 7.1.4, and is supported by Protools, Q-base, Nuendo, Reaper and Logic in VST, AU or AAX formats.

The plugin also makes it possible to change the polar pattern of the microphoneThis is a description of a microphone it goes here and it's long so that we see if it gets cut off. in post, from omni to cardioid to fig-8 and even shotgun-type patterns.

Although the NT-SF1 can of course be used to capture spatial audio for 360 and VR productions, it can also be used for music recording, capturing ambient sound for flat film projects and more.

The exact date of the NT-SF1’s availability depends on your location, but should be available at your RØDE dealer of choice in the near future.