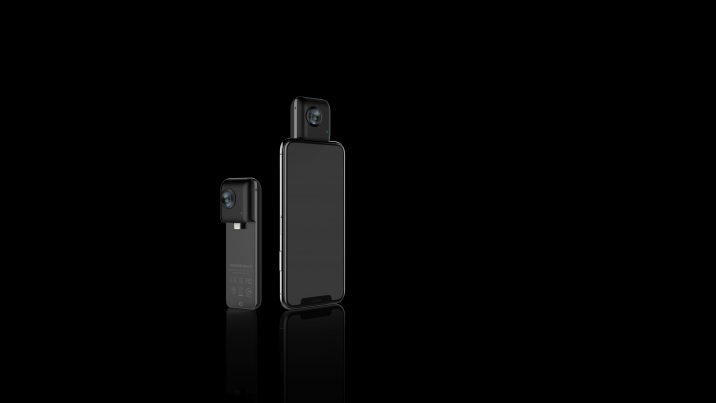 The immersive camera accessory for iPhones is the next generation of Insta360’s Nano device. 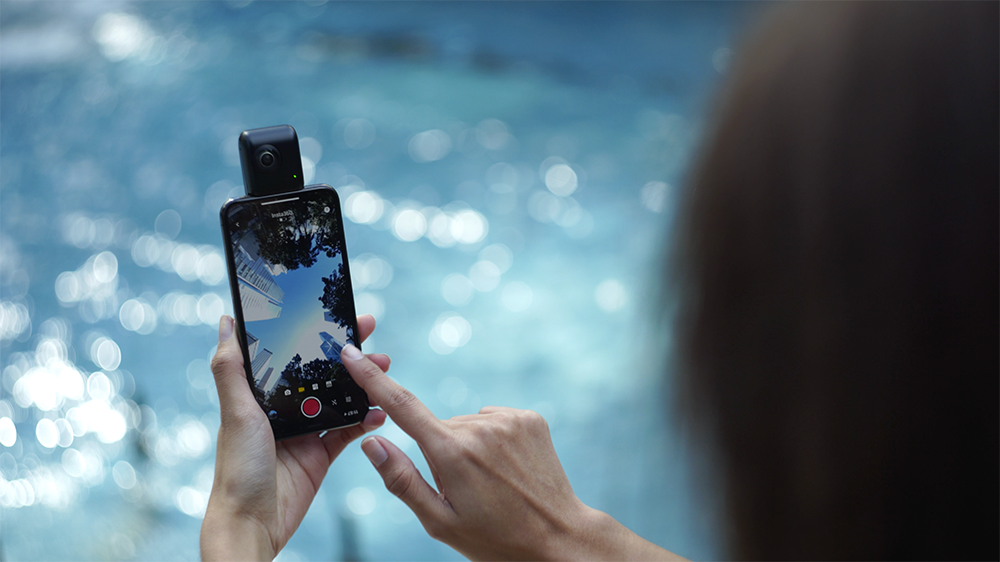 Although similar to its predecessor, the Nano S features a handful of upgrades and new features, including 4K 360-degree video capture, live 360 video chatting, and a MultiView shooting mode to live stream or video chat multiple angles of a scene. It also employs the freecapture/overcapture feature from Insta360’s ONE camera, and can capture 20 MP 360 photos. 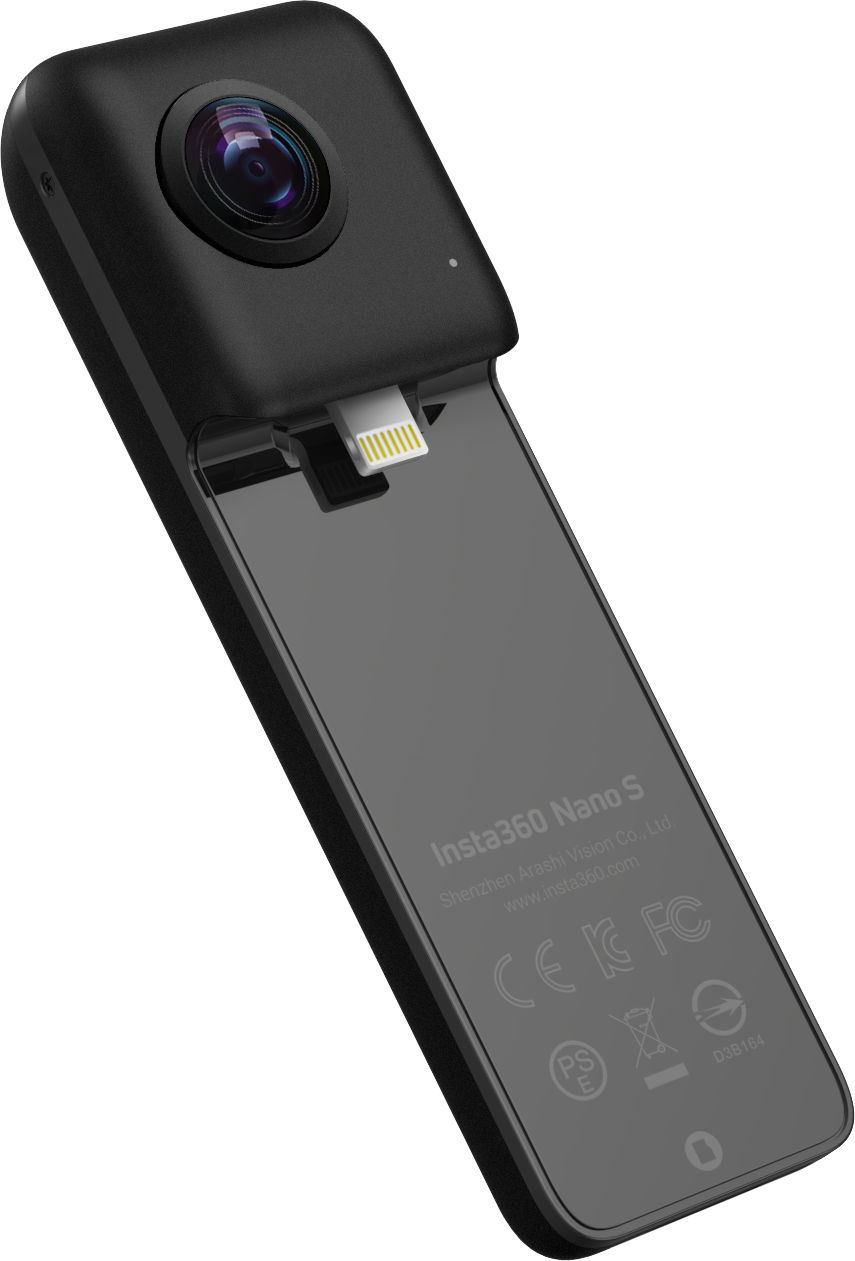 The 360-degree video chat option allows users to give anyone an immersive glimpse at what they’re up to, without any special accessories or apps. Nano S users can generate a link and send it via any chat or social app and the recipient will be able to open the link in their web browser and swipe around to look in any direction.

Another new feature–MultiView–allows Nano S users to choose up to three angles to live stream simultaneously. Users can choose the angle, zoom in and zoom out for tiny planetVisual effect is a stereographic projection that presents a 360 world like a small planet. viewing, and more. 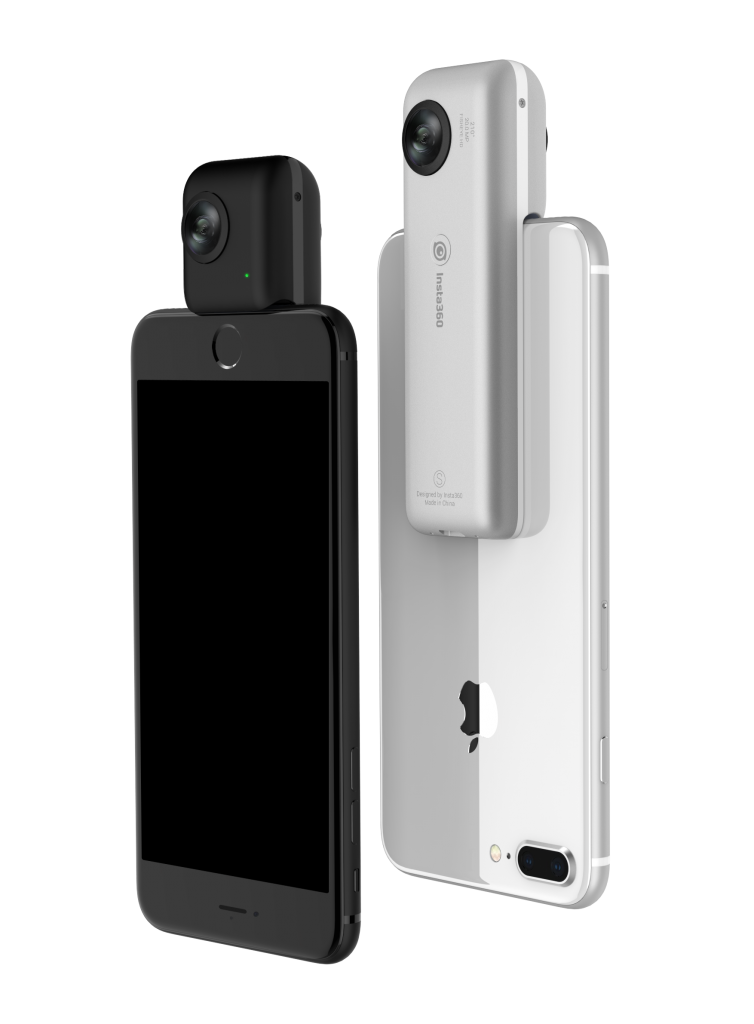 Other upgrades over the last-generation Nano is its use of the iPhone’s internal gyroscope to stabilize immersive footage from the Nano S.

The Nano S connects to an iPhone’s lightning port and–like the original Nano–gives users a real-time viewfinder and easy editing and sharing. The device can also be used independently and has a slot for onboard memory and a rechargeable battery.

This new camera comes only months after the announcement of Insta360’s ONE camera, which can also capture and live stream 4K video.

The Nano S is available in silver or in matte black and is now available on Amazon and the Insta360 Store for $239.