We sat down with Caroline Smith (CS), Seeker’s Chief Content Officer, Thor Gunnarsson (TG), co-founder of Sólfar Studios, and Przemek Siemion (PS), Creative Lead at VR Explorers, to talk about the finding the perfect balance of narrative and game, capturing 360 video on Everest, and crafting effective user interfaces for VR.

The original Everest VR experience launched last year, but this new expansion offers guides, infographics and 360 video. Can you elaborate on what’s new in this update and how it contributes to the overall experience? 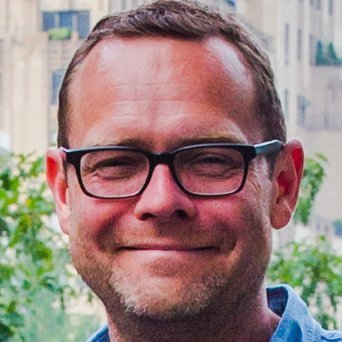 When we first launched Everest VR last year, we emphasized the series of first person vignettes that placed the participant in the shoes of a member of an expedition to the summit, looking to evoke that all important sense of presence that VR delivers so well, when done right. (TG)

Subsequently, we saw significant interest from our community to expand on the initial experience and convey more of the historical stories of famous expeditions on Everest, which we did with the scalable God Mode that incorporated iconic photography from the the 1953 British Expedition. This expansion resulted in a historical lens on the mountain. (TG)

When we started talking to the team at Seeker earlier this year about a collaboration, we could see an incredibly exciting way of bringing that educational or documentary aspect up to date. The opportunity to bring that editorial focus into the present, telling the stories of recent explorers, the perspective of the sherpa captains, and attempting to convey some of the science of the impact of climbing at this altitude on the human body, was exciting and allowed us to takeIndividual instance of a shot; a take = each time the camera is started and stopped. a couple of steps forward together in this journey to realize the potential of VR to tell innovate stories in a fashion that we couldn’t before this medium became available. (TG)

How has the VR community responded to this experience since it launched?

We’ve been really pleased with the feedback to date, though your question highlights one of the challenges we had initially in presenting Everest VR when it first launched on Steam last year. (TG)

As its not a game, but an interactive realtime 3D experience created in a game engine (Unreal), it´s easy at first glance to assume that it’s a climbing simulator or some kind, when what we set out to create is more like a first person documentary, placing you in the scene and the setting. (TG) 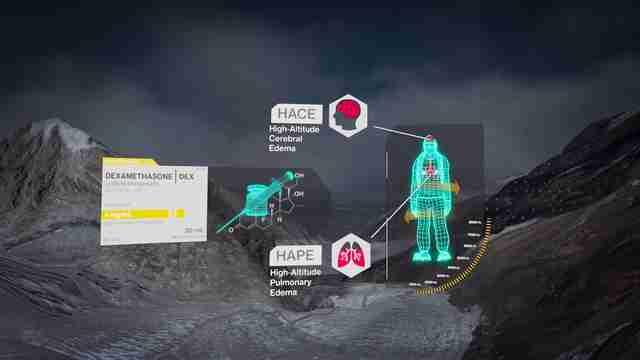 As we continued to expand the app, and certainly with the Seeker Expedition update, I think we’ve moved past that challenge of managing VR gamer perception to hopefully conveying the core of the experiential heart of the project, coupled with this editorial or documentary overlay that is only possible in a true 3D, VR setting. (TG)

So far, what’s the fan favorite part of the experience?

We’ve seen equal parts positive reaction to the first person chapters (especially crossing the Khumbu Icefall, and then the more cartographic mode afforded by God Mode, where the user can scale the mountain from human scale to 1500:1 scale. Each perspective on the mountain seems to appeal to folks differently. (TG)

I’ve heard that the sweet spot of VR is something between narrative and gaming–which sort of sounds like your goal with this experience: a combination of active (interactive elements) and passive (360, photos, etc.) media elements. What have you learned about the successful marriage of those two mediums through the production and publication of Everest VR? 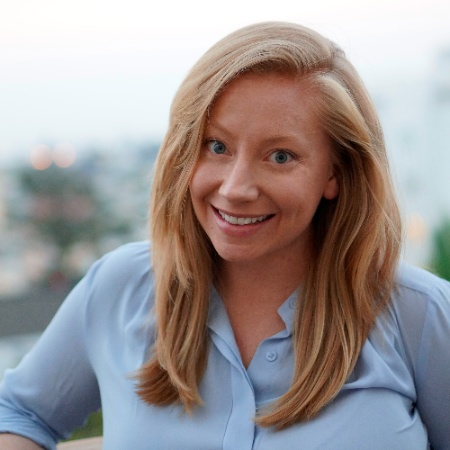 Generally, the Seeker audience responds well to a healthy balance of education and entertainment, which was our intent with the EverestVR experience. By delivering first-hand accounts from notable Everest experts, real physical and mental challenges of the climb, we ensure our audience walks away understanding both the thrill and the science behind Everest’s extreme environment. (CS)

What would you have done differently if you could go back in time?

Overall, the shift toward more emphasis on the documentary or editorial overlay as perfectly showcased with Seeker has been something I’d have loved to have included in the original launch. (TG)

I think now with the Seeker Expedition, we’ve found that balance between first person sequences and an experience that also convey other climbers experiences in a really compelling fashion, whether in 360 or in simply listening to an iconic climber like Conrad Anker describe his experiences as you free-form explore the South Summit. (TG)

Although it isn’t really described as a piece of journalism, the factual accounts and details from all of the expeditions and the history of Everest itself has a very journalistic tone. How do you feel VR can impact the journalism and documentary industry, particularly when it comes to making science relatable? 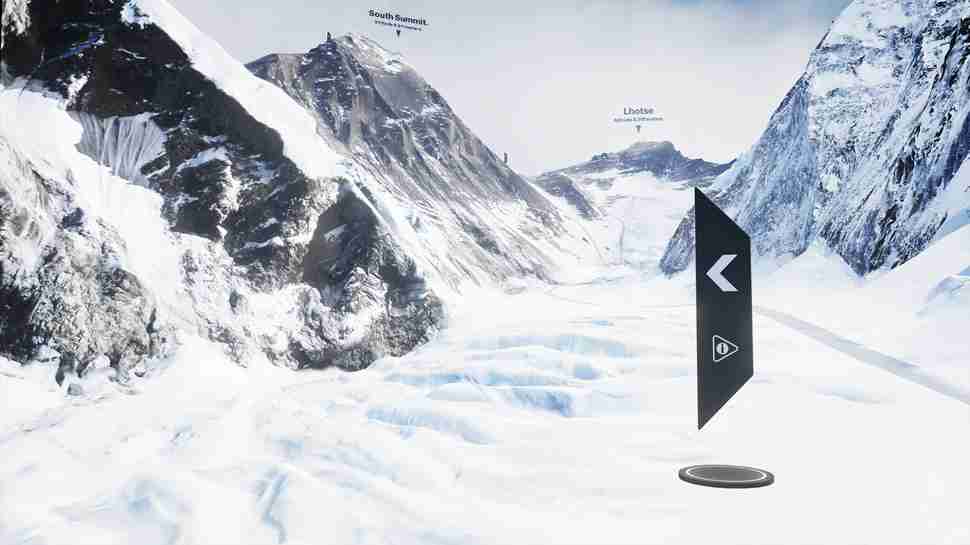 At Seeker, we’ve been heads-down focusing on highlighting the new faces of science, and that’s coming to life in all kinds of ways: new series, new tentpole events, 360 video and more. (CS)

360 and VR have the capacity to place our viewers first-hand in worlds otherwise inaccessible, which is evident throughout the SeekerVR experience. Humanizing how science impacts our world is at the core of Seeker’s work, and I’m particularly proud of how this piece embodies that mission. (CS)

What made you decide to add 360 video to the experience?

Synthetic, immersive VR provides the ability to deliver that all important-sense of immersion, or presence. With the initial release of Everest VR, we attempted to place you on the mountain as if you were there, but when we learned of the opportunity to include the unique 360 footage captured by VR Explorers, it felt like we had an opportunity to bring the best of both 360 and VR together in one experience. (TG)

What camera(s) were used for the 360 video sequences?

In general, we had three rigs: two custom rigs with GoPro cameras fitted with the Back-Bone Ribcage modification and wide angleA lens or focal length that shows more in the frame than a typical human field of view. (As opposed to a telephoto lens ... More lenses from Entaniya, and the last rig was our backup rig, a Freedom 360 with six GoPro cameras. (PS)

What were some of the most significant challenges of capturing the 360 video on Everest?

This is a place not really suitable for humans to stay for a longer period of time. Starting with altitude, which drastically limits your physical abilities – you are out of breath, way slower in movement, often with a headache. Harsh climate, extreme temperatures, strong winds – it all affects your body and the way of filming. (PS)

Did you approach the 360 production differently, knowing it would be a part of a larger interactive experience? If so, how?

We thought about storylines and ideas beforehand, planned for certain outcomes and tried to chase storylines we knew could occur and are part of this kind of expedition. The most important components for us were to create the first VR series from Everest, and to make it interactive so as to enhance the idea of audience participation and being a part of the whole expedition. (PS) 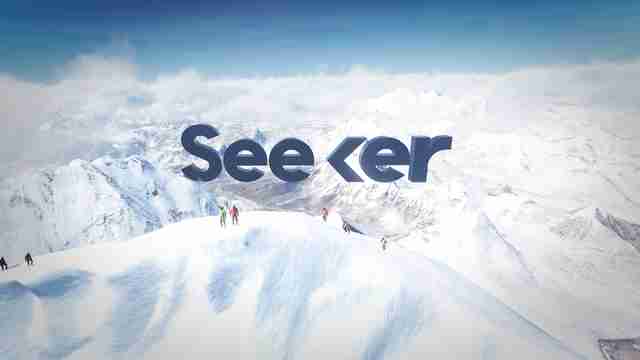 What aspects of gaming are most easily translated to VR?

The three co-founders of Sólfar were most recently in senior positions at CCP Games, the makers of the sci-fi MMO EVE Online. Our team is principally from the games industry, with broad expertise across PC online gaming, console and mobile gaming, spanning the past couple of decades. (TG)

Existing experience with creating beautiful, immersive worlds in real time 3D is certainly a directly transferrable skillset, while an understanding of interface and user experience is a critical starting point for crafting a project like Everest VR, that keys off that expertise from game development. (TG)

What gaming approaches or ideas don’t necessarily work in VR?

Generally speaking, first person locomotion or movement through VR worlds is not the greatest experience, though it’s the most common mechanic from 2D games like first-person shooters.

As a first principle, you need to present a user interface and mechanic that is tailor made for the VR medium, not bolted on or ported from 2D or non-VR games. (TG)

What was different, building up a UI for this experience, versus traditional games? What specific features did you incorporate to address these different needs? What do you think, UI-wise, works particularly well with Everest? 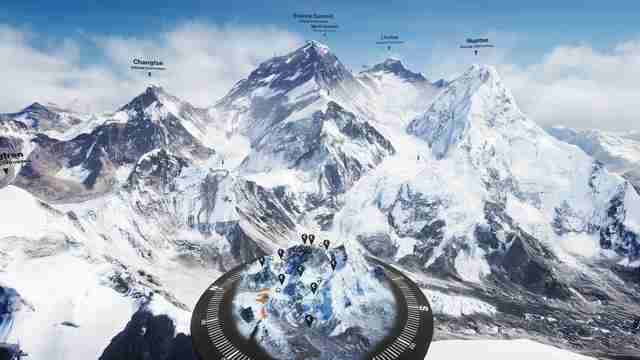 In a traditional application that is depicting a large scale terrain like Mt. Everest and its surrounding environment, you would typically allow free form navigation using a mouse and keyboard on PC or conventional first person navigation using dual analogue sticks on console. (TG)

That approach can lead to simulation sickness for many users in VR, therefore we used two principle navigation methods to allow movement across the mountain range. The first mode is a teleport beam that allow the user to select a spot in the terrain they’re standing in and “jump” there without any discomfort. The second mode, which we added for the Seeker Expedition, is the use of a portable map that the user can bring up at any time in the lower third of the screen, select any point of interest and be instantly teleported to that point of interest, for example an infographic animation or directly into a 360 video sequence. Both of those navigation modes work particularly well in VR, and with Everest. (TG)

Will this be the last expansion of this experience? If not, what can we look forward to seeing down the road?

EverestVR is available for purchase through Playstation, Steam, the Oculus Store and Viveport.

If you don’t have a headset, you can watch some 360 videos from the experience here. For more information, visit here.