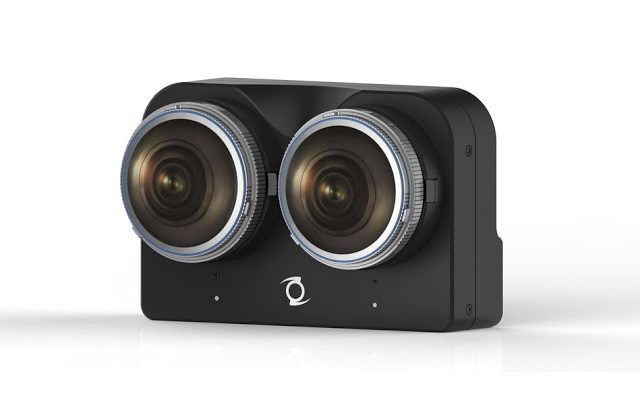 The camera will cost $2,995 and is expected to begin shipping in December.

It was first announced in June, just days after Google announced that it was working on VR180 cameras with a handful of manufacturing partners with a goal to make it easier to capture immersive videos.

The Z Cam K1 Pro captures 2880×2880 per eye video at 30fps and features two 4/3 Sony image sensors and two 220-degree fisheyeAn extreme wide-angle lens, with image distortion occurring at the edges of the frame. lenses with f/2.8-11 apertures. The cameras will be synced and feature coordinated auto exposureThe measurement of the brightness and range (latitude) of light being captured by the camera. Exposure is governed by ca... More and auto white balance. It also has built-in WiFi and GPS.

Users will be able to live view and control the camera with Z Cam Contoller for PC, Mac, iPad and iPhone. Footage is captured to two SD cards (up to 128GB each).

The K1 Pro will also be capable of live streaming, using Z Cam’s WonderLive software on a PC equipped with an Nvidia GTX1070 or 1080 graphics card.