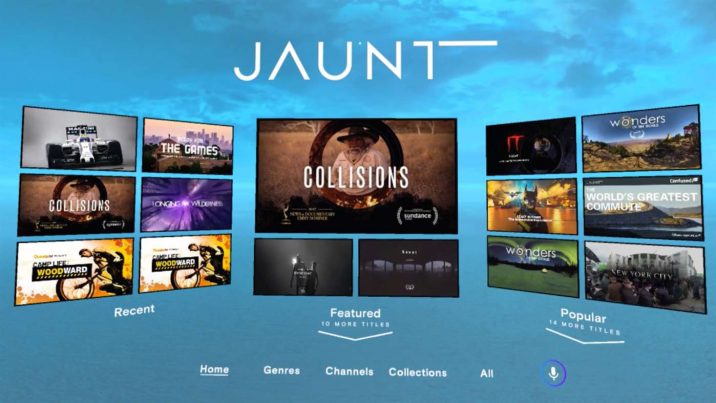 Alongside the launch of Jaunt’s new Windows MR app, Jaunt also released a preview of its first 6 DoF experience, Free The Night. Initially premiered at The Future of Storytelling Summit (FoST) in New York earlier this month, the experience was produced in partnership with Microsoft for the launch of the headsets, but will not debut in full on the new app until late November.

All Windows MR headsets, including options from Samsung, Dell, HP, Acer, Asus and Lenovo, will support the new Jaunt app. Headset prices range from $399 to $499.

Windows Mixed Reality headsets will have a number of VR apps, titles and games available at launch, including Arte 360 VR, Felix and Paul Studios, Littlstar, Hulu, Life VR, and many more. Others, like Steam VR, joining the content library at a later date.