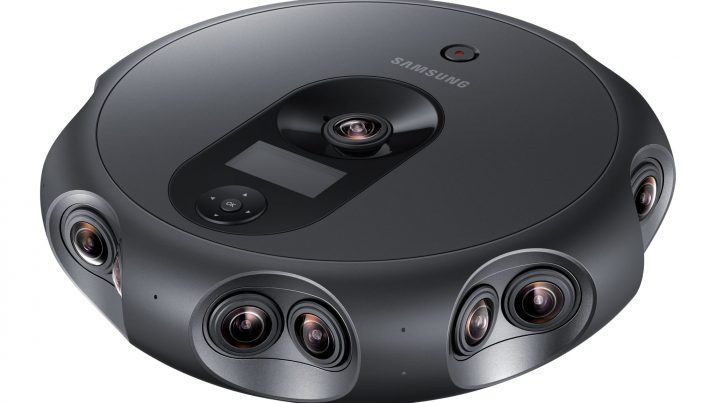 At the Samsung Developer Conference yesterday, Samsung announced the Samsung 360 Round. The camera features 17 lenses–eight pairs horizontally and one lens pointed upward–and will livestreamDistribute video playback in real-time. 4K 3D 360 video at 30 fps with spatial audio from six internal microphones.

The news comes only one week after Nokia announced it would stop developing future versions of its OZO cameras.

Although Nokia’s rationale for shutting down OZO was the slow growth of the VR market, Samsung said that “growth of 360 content platforms, such as Samsung VR, Facebook and YouTube, as well as the spread of 360 videos through major media, has increased the need for high-quality 360 videos among VR professionals and enthusiasts” at “reasonable price compared to other professional 360 cameras.”

The 360 Round includes one-step stitching and control software from Samsung to make live streaming with the new camera easy with “little to no latency,” according to Samsung. 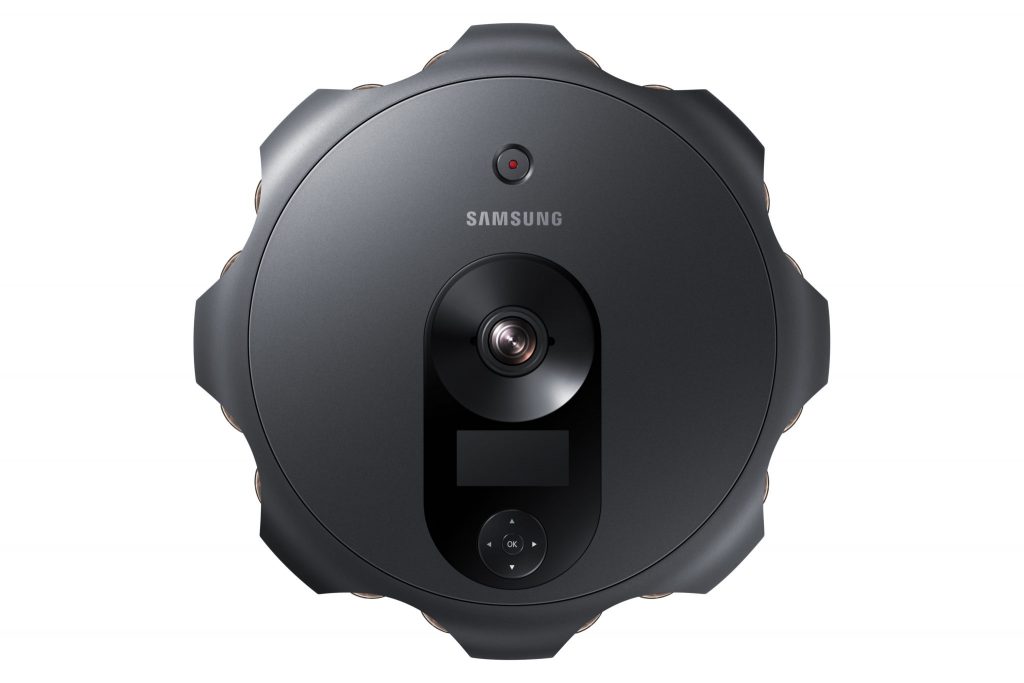 It’s also IP651 water and dust resistant for use in a wide range of weather conditions. Its uni-body chassis reduces heat without the need for a fan, which minimizes the size of the camera, reduce power consumption and eliminate excess noiseUndesirable variations of brightness and/or color in an image that typically occur when recording at high ISOs in digita... More.

The camera also has expandable connectors and ports for additional equipment, including external mics and extra storage.

The camera was born from Samsung’s Project: Beyond, which revealed its first version way back in November 2014.

The Samsung 360 Round will be available in October in the United States for $10,500 and will later expand to other markets.

Below are the camera’s full specs: