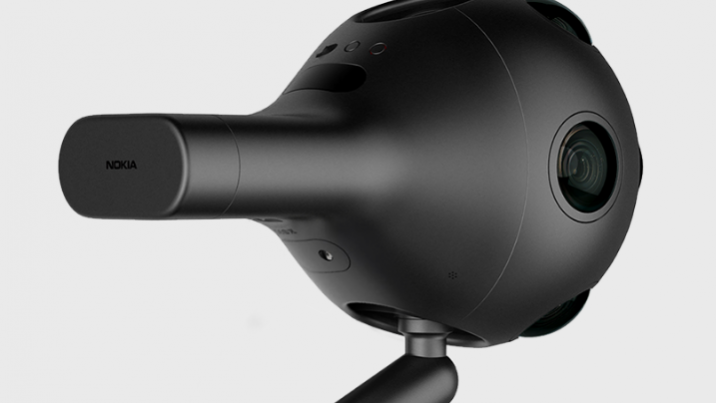 Today, Nokia has announced that it will stop development on further versions of the OZO VR camera.

As part of the announcement, the company will also be laying off up to 310 employees, or about 35 percent of Nokia Technologies, the unit responsible for the company’s VR efforts. The layoffs will occur mainly in the U.S., U.K., and Finland.

The company said it would continue to support existing OZO customers, but would be refocusing the efforts of its Nokia Technologies unit towards technology licensing and health products.

Nokia said the decision to stop producing the OZO cameras was a result of the “slower-than-expected development of the VR market,” but another pretty obvious factor to anyone with a pulse on the market is the influx of high quality, low cost cameras like the Z Cam S1 and Insta360 Pro. Some have even dubbed the Pro the “2.0 version of the Nokia Ozo at 1/10th the cost.”

When the 3D 360 OZO first launched in 2015, the VR camera cost $60,000 and later dropped to $45,000. It was obvious from the start that Nokia expected the camera to be reserved for professional use. And, at the time, features like live streaming, live monitoring and automatic stitching were almost unheard of in the VR camera market. Now, even sub-$200 cameras offer these features.

Despite announcing a handful of new features for OZO’s accompanying software solutions at IBC last month, software improvements haven’t been enough to keep the camera ahead of its competition. The VR camera market changed fast, and the two-year-old $45,000 camera just couldn’t keep pace.

It is worth mentioning, though, that Nokia did show off some pretty interesting healthcare uses for the OZO and its software suite at its booth at IBC last month. Meaning, the camera might actually have some sort of a future in Nokia Technologies’ new focus on health products (though this is just a personal hunch).

For example, when medical professionals learn a new procedure, instead of crowding into an operating room or watching a flat video of the procedure, they could experience it within a headset, live in 360-degree 3D video captured from the OZO.

Of course, you could use a number of 360 cameras to do just that, but Nokia’s updates to its software solutions over the past few months would enable users to embed various other media, including close-up flat live video captured from a tiny fixed frame camera on the surgery tool, medical records, x-rays and more, within the 3D video space captured by the OZO. This would allow the viewer–the medical professional in-training–to watch the surgery as if they’re there, while being able to literally access, enlarge and reposition relevant data.

Although it isn’t narrative-driven, that use case and similar applications could allow the OZO to live on in some way.