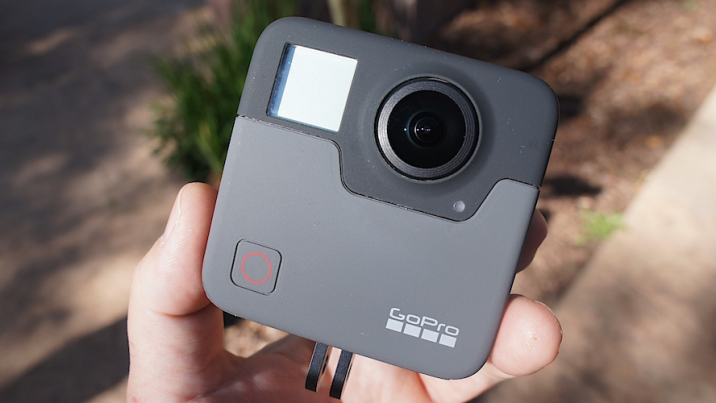 GoPro has shipped its first 10 Fusion cameras to a small handful of content creators who applied to its pilot program.

Since April, GoPro received more than 20,000 appplications for the program to receive its all-in-one 5.2K 360 camera, Fusion.

FOX plans to use the camera in its coverate of the CONCACAF Gold Cup, UFC and NCAA Football season this year.

GoPro will continue to accept applications for its pilot program to accept new content partners. It plans to release the camera to the public later this year, but no prices or release dates have been announced.

About the Fusion camera

The camera can capture 5.2K video at 30 fps, and the resolutionThe number of pixels in an image, typically presented as a ratio of the total pixels on x axis to the total pixels on th... More is high enough to support “overcapture,” allowing users to “punch out” 1080p flat video.

Samples from the camera look promising, with minimal stitch linesThe seams in a 360° video where footage from one camera has been combined with another. and solid colors and exposureThe measurement of the brightness and range (latitude) of light being captured by the camera. Exposure is governed by ca... More.

In photos release in June, the camera looks similar to the Hero5 Black, but is a bit bigger and square. It’s gray and features easily grip-able textured edges.

The camera was announced just ahead of NAB 2017. We’ll share more information as we learn more.