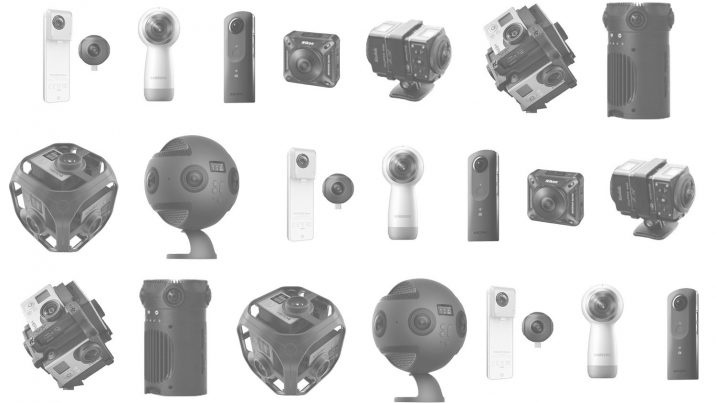 The disruption in immersive storytelling is far from being over and that includes the non-stop changes and innovations coming from 360-camera makers.

Industry leaders rapidly rise and fall fast if they aren’t constantly iterating. New cameras are announced every week. Prices and video quality are all over the map. All this makes choosing the right camera more difficult.

That’s why the most common question I get asked is “What 360 camera should I buy?”

After using many, many cameras at different price points, I thought I’d finally write down my recommended 360 video starter cameras.

When someone asks me this question I immediately ask what budget they have. (I’d ask what projects/stories they have in mind, but most really haven’t gone there yet.) The budget tells me the amount of risk they can afford and how many headaches they can takeIndividual instance of a shot; a take = each time the camera is started and stopped. on in pursuit of high production.

It’s not the technology that I am recommending, but the cost to achieve some level of success that encourages them to push forward and help advance this emerging medium.

So I’ll break up my recommendation into two categories: Starter/consumer budget and intermediate/pro (but still within reason) budget.

NOTE: Please keep in mind that technology is moving fast in this innovative space and my recommendations can change easily. For those, you’ll have to stay tuned here on Immersive Shooter.

Insta360 seems like it came out of nowhere and has taken the 360 immersive video industry by storm. While their latest offering is the Insta360 Pro claiming 8K video, I really fell in love with their cameras that snap into your smartphone.

The Nano ($200) is for the iPhone, while the Air ($130) is for Android and comes with either micro-USB or USB-C connections.

These cameras capture 3K video and can livestream from within the Insta360 app to Facebook Live 360, Periscope 360 and YouTube 360 live. The interface to live stream is pretty easy and is improving with every app update.

I was a beta tester for Periscope when it first launched and the social interactivity worked well, but I couldn’t easily tell if I was successfully streaming in 360. Facebook is the best overall experience, able to see in 360 as well as see the comments and reactions. The YouTube experience was, well, rough because I had no idea I was in 360 mode. Keep in mind that these apps are constantly being improved and update, so things may have changed.

Streaming does drain your battery at a quicker rate, and I haven’t found a way to change the phone as I stream. There is a rumor that you can charge the Nano while live streaming, but it didn’t work when I tried it a few months ago. I need to test again…

The app has some great features that include stabilization and the ability to create little planet-style GIFs and videos which make social posts pop, even on platforms that don’t support 360 content.

Here’s an example of a little planet video:

One downside is that the “shutter speed” is quite delayed. Click the button and wait a few seconds before it vibrates as it takes the image. I have many blurry images because I moved before the image was captured.

But the impressive device and app features I mentioned outweigh the slow shutter speed issue. Also, the price is pretty damn great.

In addition to the apps many features, you can also download Insta360 Studio for free to edit your videos on desktop.

Use a phone tripod adapter and produce an interactive experience via ThingLink to really elevate the quality.

Runner-up: Samsung Gear 360. The original requires a Samsung phone, but the new one – which I have only held but not used – has a lot of potential and works with iPhones. It also shoots 4K video and 2K livestreaming. This could be a game changer because I do really love the first version.

One to watch: I’d also recommend keeping an eye out for the Yi 360 camera, announced at NAB and launching this June. It will shoot 5.7K video, autostitch 4K video, and livestream 2.5K. Early samples from the camera show great color quality and contrast and solid performance in low-light situations. The stitching wasn’t perfect, but Yi said the app in use for the sample wasn’t the final version. That camera, and Garmin’s Virb 360, are ones to keep an eye on as more details are announced.

Acknowledgment: I have to take moment and tip my hat to the Ricoh Theta S for being among the first to market with great success. It helped newsrooms easily embrace 360 photos. But, with so many newer cameras with better specs out there now, don’t buy it. There. I said it. Video quality is limited to HD, while other cameras record higher quality at a similar or lower price point. But keep an eye out for their next version! 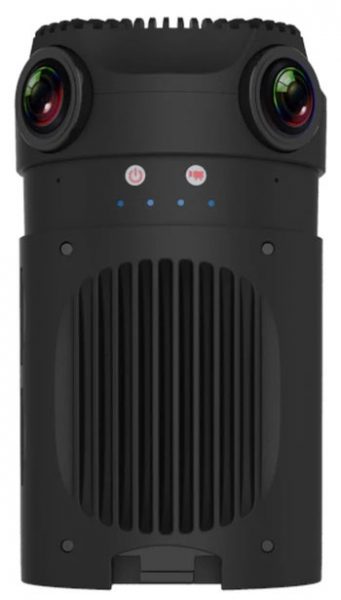 * In addition to the camera, you’ll also need to budget for the cost of stitching software and a computer that is powerful enough to stitch/render your video quickly…or “quickly” If you can be patient. This budget also doesn’t include accessories like audio, stabilization device, extra batteries, etc.

If you had asked me mere months ago, I would have suggested the GoPro Omni. That rig is gorgeous and smartly solved a lot of problems, including syncing and external battery issues. But, oh how quickly things change.

The Z Cam S1 launched in December of 2016 and has quickly become a fast favorite of mine.

I had literally just purchased seven GoPros to build a 360Rize rig when I talked to 360 filmmakers that recommended the Z Cam S1. After hearing about it, I sent the GoPros back and bought two Z Cam S1s for the price of an Omni.

And it’s a dream!

These cameras – four rather than the typical six – run hot to the touch but never overheat (so far). The video colors are fantastic and the stitching is, dare I say it, easy!

Don’t get me wrong, there are some design flaws. Hands down the biggest issue is that the battery case covers up some essential ports, like the Ethernet port, which is used to change the settings of the camera.

Let me repeat that: unless you have an external power solution, you can’t update the settings of the camera, let alone live stream.

But I can’t imagine going back to diagonal stitch linesThe seams in a 360° video where footage from one camera has been combined with another. or the hassle of motion or audio syncing. (When you are working with the older rigs the cameras are recording independently from each other, so you need to synchronize them in post-production software using a sound or motion.)

One button runs it all and records on four SD cards.

There are, of course, new cameras coming to market and Z Cam has a pro version, the S1 Pro, and an insane stereoscopic version they demo’ed at NAB, the V1 Pro, but those are outside of this journalist’s price range.

Runner up: Despite what I said earlier, GoPro’s Omni is my second choice. But get the entire kit, not just the mount. AVP is optimized for the Omni and it reduces the amount of headaches, and recent updates continue to improve Omni users’ experiences. Granted, stitching is something that is quickly becoming a thing of the past, but for right now that is still my reality.

One to watch: I would also suggest keeping an eye on the Insta360 Pro, which has a ton of potential. The ability to hook it up to external hard drives (meaning one track can record until the battery is deadAn environment with little or no reflections or reverberations of the sound. or the external hard drive gets full!) solves yet another 360-camera headache, among other great features, like an external mic jack.

There is a third category. Let’s takeIndividual instance of a shot; a take = each time the camera is started and stopped. a moment and acknowledge that there are also a handful of high-end cameras: Jaunt, Nokia OZO, Google’s JUMP cameras. These are amazing quality cameras, but out of most of our price ranges at tens of thousands up to $100,000!

That said, they – like most of these cameras manufacturers – need storytellers to create compelling content, so you can pitch them and see if they can loan you a rig. Just make sure you have a hell of an internet connection so you can upload your files to the cloud to be stitched by magical elves!

No matter what rig your budget gets you, now is the time to get into this field and help define this emerging medium. You might be tempted to wait for the next great camera, but things are moving so quickly that there is always a next-great-camera on the horizon.

Instead, be proactive and help shape what seems to be the next storytelling disruption.

Check back to our post if a new camera dethrones these current recommended ones.