Yana Galang and three other mothers of Chibok missing girls

September 7th was the last day of the Venice Film Festival, the oldest film festival that takes place every year as part of the Venice Biennale.

For the third year in a row, the film festival has included a virtual reality category in its Golden Lion competition. This year, the winning entry in Best VR Immersive Story category for linear content was awarded to an independently-produced 11-minute 360VR documentary Daughters of Chibok.

This came as a bit of a surprise, in light of the ongoing argument that 360 is not really VR, despite significantly reduced investment into 360 space from newsrooms and overall dismissal of narrative in favor of linear 3DOF content.

This short VR film was produced independently by Joel Kachi Benson and his team from Nigeria. Technically it’s a very simple piece, nothing as fancy as Traveling While Black from Felix&Paul that was also shown at the Biennale as part of the Best of VR/Out of Competition section. It’s just a simple 360 degree monoscopic video shot with Omni GoPro camera. Moreover, it didn’t have any external production budget. Joel and his team covered the expenses and produced it at their own cost. So how did it happen?

As always, the story is the key. Daughters of Chibok was filmed in Chibok, Nigeria, where 276 girls were kidnapped by terrorists from Boko Haram 5 years ago; 112 are still missing. At first, the story dominated international news. As the news cycle drifted away, families in Chibok were left waiting for their daughters to return–not knowing if they’re deadAn environment with little or no reflections or reverberations of the sound. or alive–forgotten.

The director and the crew are from Nigeria, and as Joel shared during his Q&A held at the VR Island a few days before the award ceremony, for them it is a very personal story. They shot this documentary at their own expense because they wanted to show how the Chibok community is deeply affected by what happened five years ago.

In Daughters of Chibok, the story is told through the eyes of women of Chibok. The main hero is Yana Galang, whose daughter was kidnapped and is still missing.

Life continues in Chibok, and through her eyes, we see daily hardships of women who have to work very hard every day to feed their children. Yana has eight kids, and though her heart is full of grief, every day she works really hard to provide for her seven other children so they can go to the same school where her daughter was kidnapped.

The VR film is not taking us back to the tragedy that happened five years ago, it is taking us to modern-day Chibok to show how pain and grief never left the community.

Daughters of Chibok competed in the linear VR category–one of two VR categories at the Venice Film Festival–among intense competition. Out of 12 VR experiences in this category, seven were live-action 360 pieces of very different production quality, from CG-heavy and artistic Ex Anima Experience from Atlas V and ARTE to the 30-minute VR film Only The Mountain Remains from HTC Originals. Five other pieces were animation, including VR favorites like Gloomy Eyes and Battlescar.

For a low-budget, monoscopic 360 documentary to win the Golden Lion for linear VR–beating out such amazingly well-done and high-production-value content enlisting advanced immersive technology like 6 DOF–is sure to result in some questions. Some might say that documentary content covering such an important human story should be in a different category as fiction narrative and animation (and I would probably agree). But, that’s not the case in the 2019 Golden Lion Awards.

In 2019, the festival jury has made a statement: It’s not the format that matters, it’s not an argument about mono vs. stereo, 3 DOF vs. 6 DOF, what is an is not VR. It is about a well-told story that touches the hearts of viewers through immersive technology, and Daughters of Chibok definitely achieved that.

This article originally appeared on Alina’s Medium blog and has been published here with her permission. To read more of Alina’s commentary on the immersive media industry, follow her on Medium. 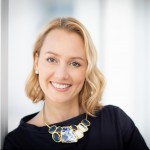 A global traveler and global thinker. With a degree in international relations, Alina has started her career in news media - and over ten years developed her media & marketing expertise in the news business. In 2016 Alina moved to co-found a virtual reality startup Spherica based in LA. Alina is passionate about exploring how human communication is evolving across new mediums and how technologies are influencing human brains and our ability to communicate. Alina is an often speaker at VR events with a specific focus on storytelling, emerging business models, distribution challenges, and overall industry growth.

See all posts by Alina