Livestreaming stereoscopicVideo shot with two parallel cameras (or in the case of 360° video, multiple pairs of parallel cameras) Commonly referr... More footage from a 16 camera rig directly to an HMD in less than five minutes out of the box did not seem feasible. And yet, that’s exactly what the Live Planet VR team has accomplished.

I was able to go from having never touched the camera, to the surreal experience of standing beside myself in 3D 360° in a couple of minutes.

That is the ultimate promise and reality of what Live Planet founder and CEO Halsey Minor set out to create with a complete end-to-end solution “allowing anyone to capture, manage, and deliver live and recorded VR video to all VR headsets and 360° platforms.”

Their goal was to simplify the technical hurdles.

“VR video has yet to takeIndividual instance of a shot; a take = each time the camera is started and stopped. off as a medium because no one has focused on solving the full range of production and distribution challenges. As a result, it has been very difficult to easily, quickly, reliably, and affordably produce VR video experiences at scale, in particular for live distribution.”

The turnkey solution Live Planet provides does a great job of simplifying things. From the camera having a single Micro SD card, remote control and preview, and onboard stitching; to the web and mobile-based apps to handle capture, storage, management and delivery. Even the instruction manual was well done and provided easy guidance for getting initiated.

The only thing users will have to supply themselves is audio capture since there are no onboard microphones. Third-party USB audio input devices are supported. The Live Planet camera is tiny

One of the most compelling, and obvious, features of the Live Planet VR camera is it’s size. Looking like a miniaturized YI Halo, it’s only four inches tall and wide and weighs 1 lbs, 9 oz. It is tiny. This offers a number of production benefits, from ease of transportation to uses in tight quarters.

It allows for applications that aren’t possible with most cameras. For example, we were able to experiment with running it on an autonomous robot that can intelligently follow a subject or be controlled remotely.

Because of the close proximity of the lenses, your subject can get closer than most other cameras will allow. We were able to get within almost a foot of the camera before shots started breaking down, compared to almost triple that distance for the ‘safe zone’ of many stereo 360° cameras.

The lens proximity also lends itself to better stitched footage overall. The integrated NVIDIA Jetson TX2 module does an amazing job handling all of the processing and the end results often look better than their optical flow-based counterparts.

The Live Planet VR camera now captures at a max resolutionThe number of pixels in an image, typically presented as a ratio of the total pixels on x axis to the total pixels on th... More of 4Kx4K at 30 fps after a recent update, as well as offers 180° output and streaming.

Frankly, that is a hard sell in 2019 when other cameras are starting to go beyond the almost standard 8K.

One of the main drawbacks of the livestreaming capabilities of the camera is the need to be directly hardwired into an ethernet connection with a minimum of 50mbps upload speed. Ultimately, this has more to do with the reality of livestreaming in general and the bandwidth required to deliver quality footage.

Thinking back through the shoots that we’ve done at Horizon Productions over the years — outdoors, remote locations, sporting events, etc. — there aren’t many where those conditions would have been feasible.

We did test the system as a solution for distance education and virtual presence for a class at the University of NorthThe point of origin where a viewer enters a 360° scene, also serves as a frame of reference for orienting discussions a... More Carolina. Those are the kinds of applications, along with enterprise and corporate settings, that would seem to have the the ideal infrastructure and use for this end-to-end platform.

Even within our own office, we dropped below the 50mps up threshold at times. When speeds aren’t sufficient the app gives you a warning. The quality of the video in the headset suffers considerably with artifacts and low resolutionThe number of pixels in an image, typically presented as a ratio of the total pixels on x axis to the total pixels on th... More when you’re not hitting the threshold.

Another part of the Live Planet ecosystem tries to combat these issues with a player that utilizes their proprietary ViewCast™ technology. By using advanced algorithms to predict head movements, they aim to stream high quality content only within your field of viewThe angle of space viewable from a given lens position., similar to a foveated rendering approach.

The player technology may be released in the future as an SDK for integration in your own custom projects. Testing the Live Planet VR camera on an autonomous vehicle used for journalism by professor Steven King at the University of NorthThe point of origin where a viewer enters a 360° scene, also serves as a frame of reference for orienting discussions a... More Carolina at Chapel Hill.

The Live Planet VR System is available for purchase today at www.liveplanet.net for $9,950 USD.

In an effort to get the system into creator’s hands, they are currently running an Evangelist Program Launch Offer. For a limited time and for limited quantities, you can get the Live Planet VR System for $4,950 and it includes $250 credit toward VR cloud services.

On top of that, they are even offering financing options according to a recent release.

“With no money down and up to 0% APR financing, buying the VR System is now easier than ever. Start creating immersive VR experiences today, with simple monthly payments and no hidden fees.”

For a system that is aiming to make things simple from start to finish, those options are smart moves.

Ultimately, the Live Planet VR platform is going to really appeal to those who want a turnkey solution for livestreaming 360°/180° content.

Those who are looking to create the highest resolutionThe number of pixels in an image, typically presented as a ratio of the total pixels on x axis to the total pixels on th... More deliverables possible are going to have to balance the tradeoffs or simply treat it as another tool in their arsenal.

I think an interesting market is going to be those in charge of delivering technology solutions within enterprise or educational institutions, since ultimately Live Planet’s goal was to simplify technical hurdles and that’s exactly what they’ve done. 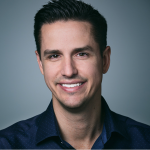 Jason Cooper is the Chief Digital Officer at Horizon Productions. He has helped evolve this 37-year-old, Emmy award-winning production company in NC into a premier virtual and augmented reality studio focused on the non-gaming applications of VR/AR – research, education, training, marketing, filmmaking and event installations. They have developed VR and AR experiences for a wide array of clientele and Fortune 500 companies including IBM, Lenovo, SAS, IQVIA, Eaton, Scotts, AT&T, CREE/Home Depot, UNC and Duke Athletics. Jason has also help establish many key partnerships throughout the industry. This includes being selected as one of the early participants in Google VR's JUMP program. Horizon was granted one of the few GoPro Odyssey cameras and received the first YI Halo camera in the world outside of Google initiatives.

See all posts by Jason