Euronews is betting on interactive 360 stories built on WebVR to improve engagement (and it’s working!).

Media companies have helped move the 360 video format immensely over the last years. At Euronews, we have been an intimate part of that process from the very beginning. When Thomas Seymat set out to shoot our very first 360 video three years ago, there were no guidebooks and no best practices. The camera was a user-hostile rig of six GoPro cameras.

If you want to have a very visual example of this development, feel free to compare our first 360 video with our latest, an account of how widespread and indiscriminate use of landmines has helped turn the Donetsk and Luhansk regions in Eastern Ukraine into one of the most dangerous areas for civilians in the world.

Yes, the media has to a large degree cracked the code when it comes to 360 video. But do all our efforts to produce quality immersive journalism actually keep our users engaged?

The answer is too often ‘no’.

Since it became clear that neither 2016, 2017 or 2018 would be “the year of VR”, a magical time of skyrocketing HMD ownership and virtual consumption, we at Euronews have been contemplating how best to guide our future efforts.

How do we make sure that our 360 journalism is interesting not just for the select few who own and use a VR headset, but also for the people who meet our journalism on our website or when they mindlessly scroll through Facebook or Twitter?

As we will soon see, we have found one format that boasts average watch times that blow these out of the water.

At Euronews, we remain committed to 360 video. We think it offers a great opportunity for our readers to engage more fully with the world, and we are certain that virtual reality and augmented reality are here to stay.

That’s why we have rethought our approach. If our users are mainly to be found on the web, let’s takeIndividual instance of a shot; a take = each time the camera is started and stopped. advantage of that and create rich experiences that uses the advantages of our digital world!

Enter into the scene WebVR and our WebVR-editor of choice Fader.

In normal 360 video, we tell the viewer that they can decide where to look. But we remain strictly in control of how long they have to explore a scene.

Is this really the best user experience we can offer?

It leads to stressed users and, I suspect, to a huge loss of information take-in. After all, it’s hard to concentrate on a voice-over or text, when you are at the same time trying to explore your environment and wondering how much time is left until you are brutally removed from this scene and put in a new one.

With Fader, we build stories where the user is in control. Stories where you only progress to the next scene when you click a hotspot. The users have responded.

TakeIndividual instance of a shot; a take = each time the camera is started and stopped. a look at this piece from the Moscow Metro:

The ingredients couldn’t be simpler. We put five 360 photos and a 360 video from different metro stopsƒ-stops are the measurement of, and mechanism for controlling how much light is let through the lens to reach a camera ... More together in Fader and added text and music. But our users loved it. Average time spent on the page? 13 minutes and 43 seconds.

This isn’t a one-time lucky punch. We consistently see more engagement with our interactive 360 videos than regular 360 videos. Our visit to the infamous Danish freetown Christiania, 6 minutes and 31 seconds, on average. Our large climate change project, 10 minutes and 39 seconds on average.

Our latest large interactive project, our takeIndividual instance of a shot; a take = each time the camera is started and stopped. on travel journalism, had an average watch time of 11 minutes and 16 seconds:

The numbers for some of our stories are so impressive, I have wondered whether they are too good to be true. Maybe the numbers are inflated due to first-time users spending more time learning how to navigate the player?

But that can’t account for the entire difference. And there is, in my opinion, a simple, yet quite convincing explanation for the good stats. Interactive 360 stories are just a much more compelling format. Regular 360 gave the user control over where to look; with interactive 360 the user gets to control when he/she is done looking.

I would argue, it’s the way digital journalism is moving and something that users have come to expect. Can you think of any new video storytelling format born in the digital age that doesn’t allow the user some control over story progression? TakeIndividual instance of a shot; a take = each time the camera is started and stopped. stories on Facebook, on Snapchat, on Instagram. Digital-first formats give that prerogative to the user. Why on earth should a format, the core strength of which is to give people the opportunity to explore interesting places, be any different?

If WebVR is so great, why are you still producing regular 360?

The very attentive reader might have realized that I have highlighted newly produced regular 360 videos.

WebVR and Fader is not a fix-all tool. Due to its limitations, there are three scenarios where we opt to produce regular 360.

It’s also important to think of our distribution strategy before you start building WebVR stories: They are harder to distribute, as they can’t be consumed directly from Facebook or Youtube.

Finally, the Fader platform has not reached maturity yet; it is an editor with its own peculiar quirks. The upshot to that is that it’s constantly developed and updated by the Vragments team, which is eminently reachable (I have never waited more than a couple of hours for an answer through Fader’s support chat function).

The media of the future will be three-dimensional. They will be mixed reality, with media seamlessly augmenting itself on top of the real world. But until we reach that state, media companies working with immersive media have to find a way to make sure that the immersive journalism we spend valuable resources creating actually reaches consumers. At Euronews, we think the solution, for now, is WebVR.

Do you have other opinions? Feel free to share them with me, here or at ole.krogsgaard@euronews.com.

Update: Apple just announced that the next update of Safari will disable access to a mobile device’s sensors. These sensors allow the mobile phone to determine how the phone is being held and whether it’s tilted. Without this information, it will not be possible to use the Safari browser to watch WebVR content in a Google Cardboard or Samsung GearVR. There’s no denying it, it’s a setback for WebVR. While the move is grounded in legitimate privacy concerns, I hope that Apple will give users an easy way to enable browser access to these sensors, just like my Google Maps app asked for permission to use ‘location’ data the first time I used it. I think this goes to show that the future of WebVR and 360 is still being actively developed and fought over. It has never been boring to work with immersive media!

This article originally appeared on the Medium account of Ole Krogsgaard and has been reprinted here with his permission. Follow Ole on Medium here. 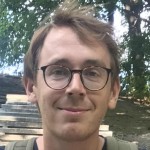 Ole Krogsgaard is the immersive journalism editor at Euronews, a pan-European news channel that broadcasts on TV and online in 12 languages.

See all posts by Ole