One such improvement is Pixvana’s new VR playback technology, which enables high quality 60fps 360 video playback on the Oculus Go from within its SPIN Play app–without negatively affecting the battery life or performance of the Go.

Announced at the end of June, the new technique bypasses the typical rendering path, instead sending pixels directly to the display.

“Typically, pixels get delivered to the headset through a layer in Unity, and Unity translates that to a different format and it’s then pasted into the headset,” said Pixvana Product Manager Beverly Vessella. “This new technique puts those original pixels right onto the headset.”

With less translation, those pixels remain at a higher quality, much like avoiding extra exports throughout your post-production process.

“We watch a lot of 360 video, so it’s easy for us to see that the contrast is better and the images are crisper with the new method,” Beverly said. But, you can also check out the difference for yourself in this side-by-side comparison (pay special attention to the pattern on the blanket). You can also visit this blog post from Pixvana featuring sliders with before and after comparisons from 8K 360 video. 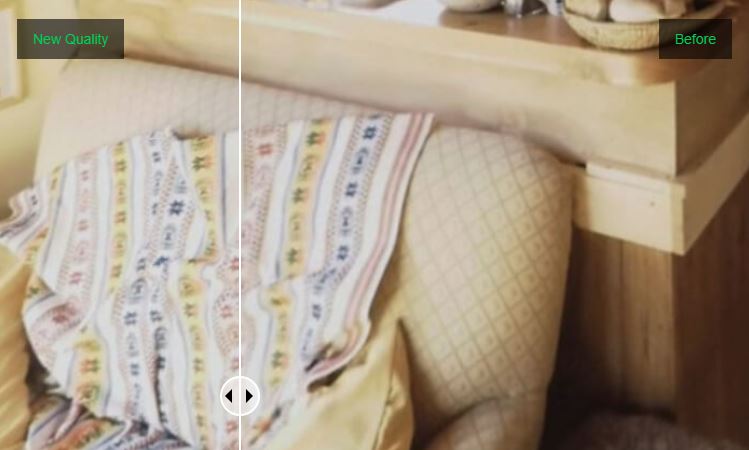 Look at the patterns on the blanket to see the difference in quality. 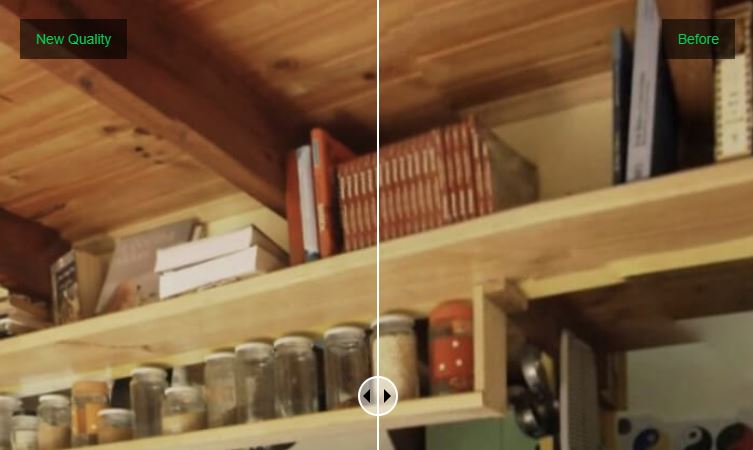 The improvement in quality is most noticeable here when looking at the text of the books.

The new playback features will be available for both streamed and downloaded video on the SPIN Play app. It currently only works on monoscopic 360 video, though stereoscopicVideo shot with two parallel cameras (or in the case of 360° video, multiple pairs of parallel cameras) Commonly referr... More support should be arriving in the next few weeks.

If you aren’t familiar with Pixvana, the Seattle-based company is trying to close every gap in the immersive content creation process, from camera to headset.

Eventually, their cloud-based SPIN Studio platform will be able to stitch, color correct, adjust horizons, edit, support branching narratives and interactive hotspots, and add ambisonicPertaining to audio reproduction that captures the spatial acoustic qualities of recorded sound. audio for monoscopic and stereoscopicVideo shot with two parallel cameras (or in the case of 360° video, multiple pairs of parallel cameras) Commonly referr... More video, from 180 degrees to 360–and anything in between.

So far, the company has focused mainly on immersive content delivery, allowing customers to upload, cast (send VR video directly to multiple headsets) and share their immersive videos by simply sharing a link.

“Our first focus was on quality streaming delivery and pipeline automation like with did for CNN,” Beverly said. “Now that we feel more comfortable from a delivery standpoint, we want to make the creation process easier, cheaper, and faster to encourage the creation of better, more immersive content.”

We’ve been watching Pixvana since the fall of 2016, when the company announced 10K resolutionThe number of pixels in an image, typically presented as a ratio of the total pixels on x axis to the total pixels on th... More at 2K streaming speeds for Steam’s 360 video player.

And, although this most recent announcement is less flashy, it’s indicative of our maturing industry’s focus on measured improvements operating within today’s hardware and bandwidth limitations.

(Editor’s Note: Although SPIN Studio does make it easy to share immersive content, the pairing process with the Oculus Go will require some extra steps until the headset can execute web links. This is true for any app for the time being. Eventually, the Go will support the same link capabilities via the SPIN Play app as other headsets.)