RED has not announced a price or name for its new 3D camera, but it is expected to launch in Q4 of this year.

A new prosumer 8K 3D camera will connect to RED’s Hydrogen One smartphone, giving users a chance to preview 3D content in real time without glasses or a headset.

At F8 earlier this month, Facebook announced it would be partnering with RED Digital Cinema to bring to market a professional camera that could capture 3D 360 video with six degrees of freedomThe ability to move left-right, up-down, and forward-backward (in addition to being able to rotate around the x, y, and ... More.

Now, RED has announced a partnership with Lucid, the company behind the first VR180 3D camera, on a 16:9 fixed frame camera capturing 3D photos and videos at 8K resolutionThe number of pixels in an image, typically presented as a ratio of the total pixels on x axis to the total pixels on th... More (4K per eye).

The entirely new camera, built by RED, will attach to RED’s Hydrogen One smartphone, which was announced in July of 2017 and has been reported to hit shelves as early as this summer by AT&T and Verizon.

The Hydrogen One has a holographic display that allows users to view 3D content without headsets or goggles, thus acting as a viewfinder for the camera. 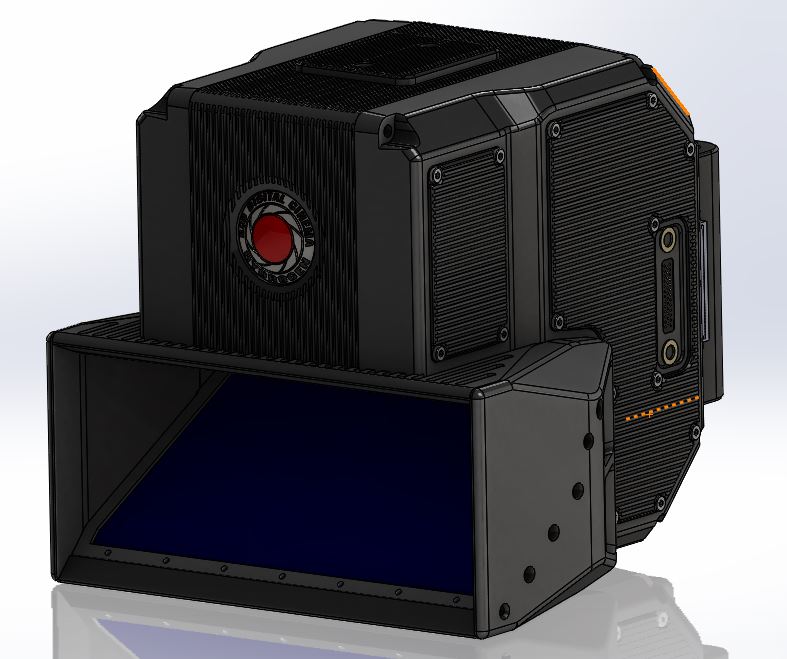 The new 8K 3D camera will look similar to RED’s existing camera lineup, but its ability to display 4-view content on the Hydrogen One smartphone relies on Lucid’s 3D Fusion software.

The setupA camera position for a given scene. You might shoot more than one shot from a single set-up (wide shot and close-up). includes two perfectly hardware-synced 4K cameras, which leverage a beam splitter to capture 3D content.

The 3D footage is then processed through Lucid’s 3D Fusion software to convert the video and photos to 8K 4-view (.h4v) files for instant preview on a RED Hydrogen One smartphone. Users can then distribute this 4-view content on YouTube and Facebook.

“You no longer have to wait–everything happens on the chip in the camera so you feel like all that conversion to 3D is happening in real time,” said Lucid CEO and Co-Founder Han Jin.

This real-time preview also gives users the feedback needed to dynamically adjust lens distances and best 3D focus and zoom, one of the camera’s key features.

Dynamic Focus for Depth and Disparity

The ability to adjust the distance between the two lenses is integral, Jin said, in mimicking a visual experience similar to human vision.

“When we started Lucid, we wanted to build a camera that mimicked human eyes, so from the very beginning our software technology was based on how our brains processed images,” Jin said.

But, he adds, humans don’t really see two images (one per eye). We see four images (two per eye: a sharper image of whatever we’re focusing on and a blurrier peripheral image behind/around what we’re focusing on).

“That’s why our technology was such a good fit for RED’s 4 view, because it’s what we’ve been working on all along, Jin said.

Camera users will be able to place the lenses closer together to capture objects close to the camera, or adjust them further apart to capture distant objects. That offers shooters more leverage to capture both close-proximity 3D content in sharp focus, but also expands the distance they can capture before the middleground and background objects appear flat.

“With dynamic lenses, you can maintain sharper 3D at closer and longer distances,” Jin said. It also improves the viewer’s experience, whether viewed on the Hydrogen One screen or in a headset.

“Jim [Jannard, RED’s owner and founder] always says he wants the best ever 3D experience on the Hydrogen, to the point that you feel like you’re falling into the screen,” Jin said. He adds that this method of capture can also improve VR headset playpack. “All of the information the headset needs is stored on the .h4v file that comes out of the camera. So however far the person in the headset is from that virtual object, that exact disparity and depth will be represented without the headset needing to compensate in the playback.”

Jin also took the partnership announcement as an opportunity to share some other news: there will be no LucidCam 2.0.

“We hope this partnership with RED will meet the demand of our customers,” Jin said, adding that the original LucidCam will still be available for purchase and will be able to leverage the Hydrogen One as a viewfinder.

“When we came out with the LucidCam, we were going for the 180 VR market and it was a great vision to have, but there were some hurdles to overcome,” Jin said, including resolutionThe number of pixels in an image, typically presented as a ratio of the total pixels on x axis to the total pixels on th... More and live preview limitations.

“People are so used to crisp, high resolutionThe number of pixels in an image, typically presented as a ratio of the total pixels on x axis to the total pixels on th... More experiences that asking them to go back in VR and noticing those pixels is very hard,” Jin said. “And not having a screen that allowed you to experience the 3D effect meant you didn’t know what you were capturing.” 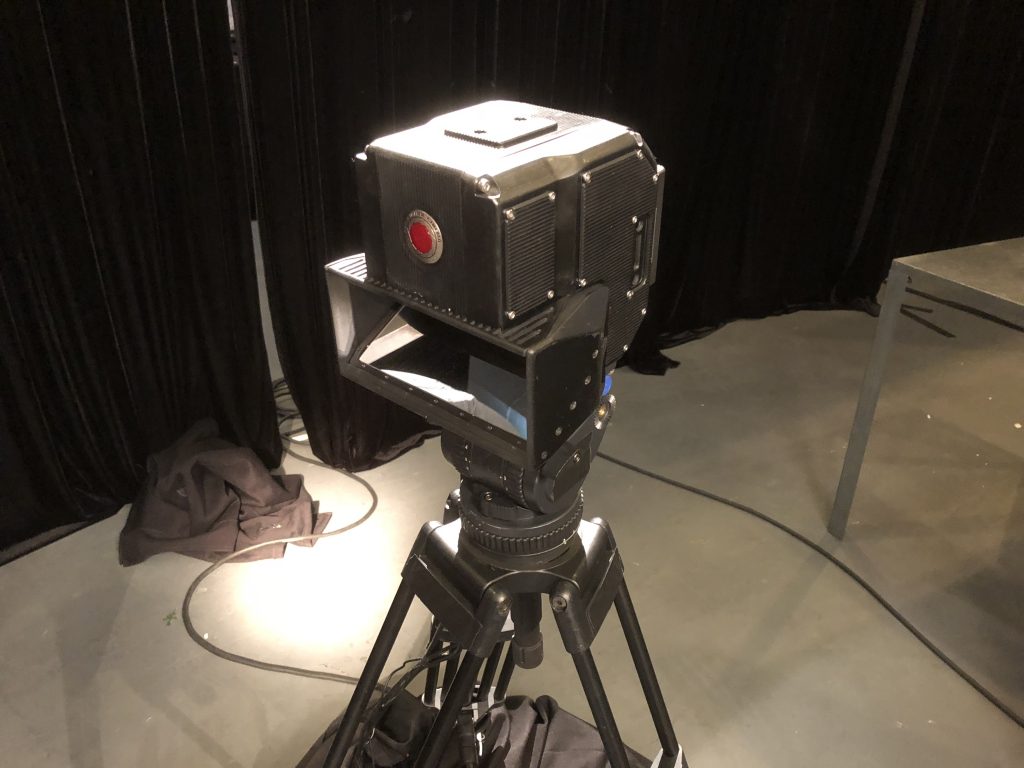 The Hydrogen One phone and this new 3D camera were showcased at RED’s launch party May 19.

Although many LucidCam customers had been asking when the company would be releasing an 8K version of the VR180 camera, Jin and his team realized it would be hard to develop a “market leading technology” as a small startup, he said.

“Pairing up with RED was amazing because they could bring the best in tech and our image processing technology means users don’t have to struggle with processing and a frustrating workflow afterwards,” Jin said.

Although the camera currently captures just fixed frame video, Jin said it is feasible that users could switch out the lenses down the road to capture VR 180–though the camera isn’t meant for that right out of the box.

Although an exact price for the new camera has yet to be announced, the new camera is described as a “prosumer” device in Lucid’s press release, and Jin reiterated that the camera would be sold at a prosumer price.

“That’s why we partnered up,” he added. “Lucid is very much on the consumer side and RED is very high-end, so with this camera, we wanted to meet in the middle.”

Affordable access to the new camera is also important if RED wants users of its Hydrogen One phone to have 4-view content to watch on their new holographic displays. But, with RED’s penchant for pricey cameras, we’ll have to wait and see if their definition of “prosumer” matches our expectations.

The name of the camera also has not been released, but it is expected to launch in Q4 of this year and will be available through RED and its reseller channels.