At CES earlier this year, Kandao Technology–makers of the Obsidian, R, S and Go 360 cameras–announced the latest device in their lineup: QooCam. Now, Kandao has officially launched a Kickstarter campaign for “the world’s first interchangeable 4K 360° and 3D camera.”

They’ve already raised more than $150,000 from 500+ backers, with nearly a month remaining in the campaign.

Slow motion footage from the QooCam

You can see sample photos and videos from the camera on its Kickstarter page.

Details on the QooCam

The camera is equipped with three wide-angle lenses with a 216-degree field of viewThe angle of space viewable from a given lens position. and an F/2.2 aperture, as well as a Sony CMOS sensors.

It also has a built-in IMU sensor and real-time stabilization software powered by an algorithm developed by Kandao specifically for the QooCam. 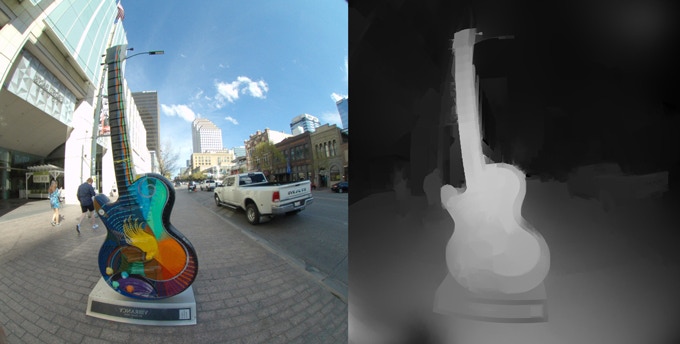 Footage on left, depth mapDigital data representing the distance of the objects in the scene from the camera. on right

That includes the ability to refocus shots after capture. When shooting in 3D 180 mode, QooCam will be able to estimate the distance of subjects in the frame to create a depth mapDigital data representing the distance of the objects in the scene from the camera. for special effects in post-production, like you see here.

The camera can also stitch its own 360 videos using a real-time optical flow stitching algorithm you can use on your smartphone via QooCam’s Master Editor app for Android and iPhone.

The app also offers the ability to reframe your immersive videos into flat, fixed frame video (a feature already available in the Insta360 One and GoPro Fusion, among other cameras). It also allows users to monitor videos in real-time via Wifi.

Its micro SD card slot supports cards up to 256 GB, and the battery lasts for up to 180 minutes of continuous recording.

The camera’s body is aluminum alloy to assist with cooling and durability. In total, the QooCam weighs 170 grams.

VR180 is the name of an initiative announced by Google last summer to launch an ecosystem of cameras, workflows and sharing options for stereoscopicVideo shot with two parallel cameras (or in the case of 360° video, multiple pairs of parallel cameras) Commonly referr... More 180-degree video, the goal being to “capture the world as you see it.”

Although some in the industry challenge whether VR180 is a step in the right direction, or a step back, it does offer a number of benefits.

Essentially, VR180 offers the benefits of an immersive, 3D environment for viewers, alongside a simpler, more familiar workflow for creators. You can still stand behind the camera, there’s no stitch linesThe seams in a 360° video where footage from one camera has been combined with another. to worry about, and you can more easily frame the action. Also, 4K 180-degree content will look higher quality than 4K 360 video (since the pixels are spread across half the space), and require less bandwidth to stream. 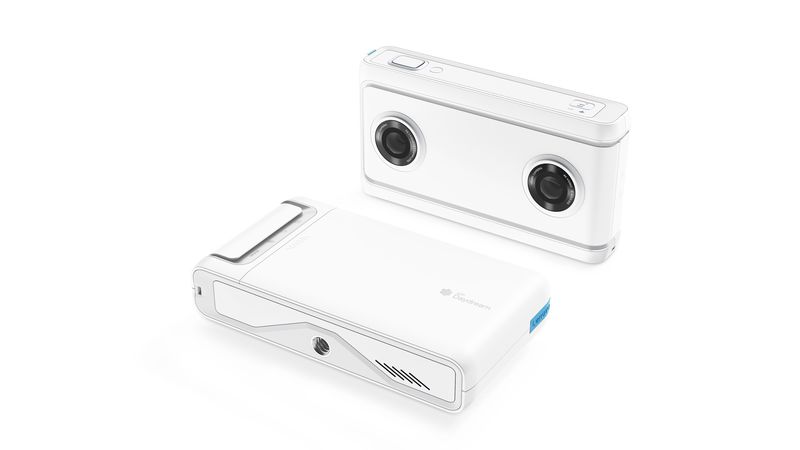 Since the format’s announcement last summer, Lenovo has released its Mirage camera, YI Technology has announced its YI Horizon VR180 camera, Z Cam’s K1 Pro VR180 camera has hit the market, and Panasonic announced it would be building a VR180 add-on for its GH5 camera. There are also other non-Google-related VR180 cameras, including the LucidCam (which we reviewed last summer). 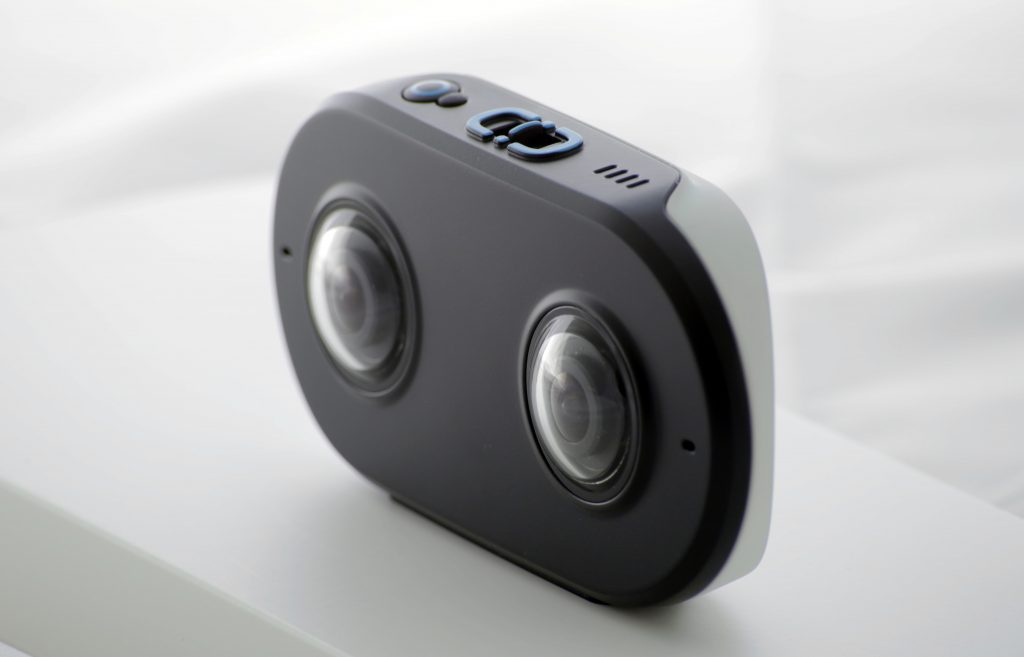 Now, we can add the QooCam to the list.

Currently, a pledge of $299 on Kickstarter will get you a QooCam, bag and required cables with an expected ship date of August 2018.